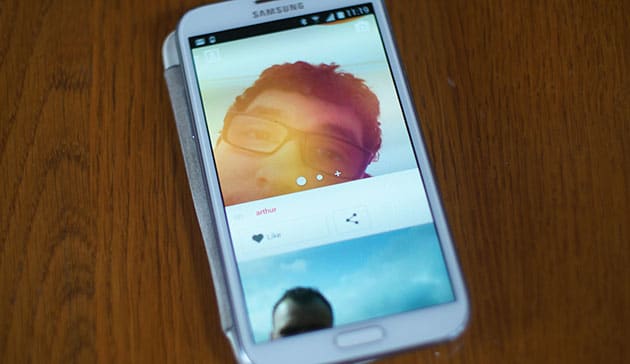 We know what you're thinking, but a new app called Selfies is actually kind of fun, considering that it's a barely-promoted one-off from Automattic (the company responsible for WordPress). It told TechCrunch that Selfies was in development for eight weeks or so as part of the Gravatar universal avatar app before it became a separate thing. Trying the app showed that its basic-ness is part of the kick, since it let us post our own pic right after logging on. (We also found it to be a little rough around the edges with a few crashes.) Right now, there's just a single public feed showing ever photo, but the company has plans to filter the best content soon. You can try it now for yourself, but only on Android -- the company narrowly picked that platform to launch it first thanks to a user poll.

Via: Techcrunch
Source: Selfies
In this article: Android, app, Automattic, mobilepostcross, selfie, Selfies, Wordpress
All products recommended by Engadget are selected by our editorial team, independent of our parent company. Some of our stories include affiliate links. If you buy something through one of these links, we may earn an affiliate commission.