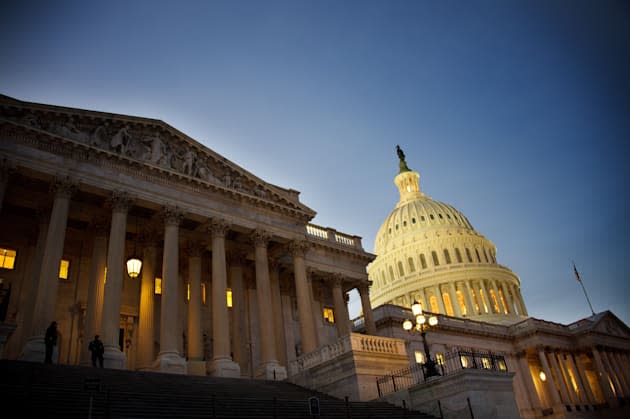 Getting Democrats and Republicans to pass an act of Congress is the exception more than the rule. But if there's one thing both sides of the aisle can agree on, it's that the US policy for unlocking phones is backwards. Early last year, it became illegal to unlock your handset for use on other carriers unless your provider directly gives you the permission to do so. Thanks to moves from the Senate and House this month, legislation to remove this restriction is just a presidential signature away from passing; it's not a permanent solution, but at least it's a step in the right direction for consumer freedom. Many mobile operators in the United States add restrictions to every phone they sell. These "locks" prevent you from being able to use your phone on other networks. If you put an AT&T SIM inside a locked T-Mobile phone, the only phone calls you'll be able to make will be to 911. This lock also applies to international carriers, so travelers will be hit with extensive roaming fees for data, text messages and phone calls.

The vast majority of US carriers have policies that, under specific conditions, will grant you a code to unlock your device. This usually only happens when you're a long-term customer in good standing who has a valid reason for unlocking it (such as military service or lengthy international trips). Problem is, these operators are still in charge and they can decide whether or not they want to give you the code. Under current law, this is your only legal option; if AT&T declines your request, you're out of luck.

Fortunately, this isn't the only available option if you need an unlocked phone. There are a number of such devices available through independent retailers and manufacturers. Since they're sold without carrier involvement or subsidy, these handsets don't come with any locks. Keep in mind that you're often paying more for the privilege, but at least you won't have to deal with contracts or financial commitments of any kind.

Why was it illegal?

It all comes down to Section 1201 of the Digital Millennium Copyright Act (DMCA), passed in 1998. (We do a deep dive on the ruling and what it means here.) In short, Congress recognized that changes would have to be made over the passing of time, so they "future-proofed" it by giving the Library of Congress (which oversees the Copyright Office) the ability to make -- and renew -- exceptions to the law once every three years. In 2006 and 2010, the office granted an exemption giving customers the opportunity to unlock their phones however they pleased, but the renewal was denied in 2012.

Had this exemption been extended, third party suppliers were allowed to distribute unlock codes from the manufacturer. On the surface, this wouldn't have much of an impact on consumers -- until the carrier decides that you don't qualify for the unlock code, and you're up a creek. As of January 2013, third party suppliers could be subject to punishment per DMCA rules, which includes fines and/or prison time. If carriers or manufacturers took notice of their activities, they likely wouldn't have any hesitation when slapping those lawbreakers with a lawsuit.

Subsidy locks fall under copyright law because the DMCA states "no person shall circumvent a technological measure that effectively controls access to a work protected under this title." Since these locks are software-based and technically only licensed to the phone's owner, the 2012 ruling argued that they're included in this definition. We technically own the hardware, but not the software.

Sadly, the ruling felt like a step backwards for the mobile industry, especially since exemptions were made the two previous times. The Librarian of Congress denied an extension because consumers have more choices for alternative options and carriers' unlock policies are reasonably flexible. After the ruling took effect last year, a petition to the White House (titled "Make Unlocking Cell Phones Legal") was drafted, requesting lawmakers take action to get the decision reversed. The document collected more than the 100,000 signatures needed to mandate a response from the government. Fortunately, White House representatives agreed, saying they "believe that consumers should be able to unlock their cell phones without risking criminal or other penalties." Shortly after, Congress started to work on legislation addressing the issue.

Change didn't happen overnight -- this is Congress, after all -- but after debating and voting down several proposed bills, lawmakers unanimously approved Bill S.517 (it passed the Senate on July 15th and the House on July 25th). The bill now just needs a signature from President Obama in order to take effect, and he said Friday that he intends to sign the bill when it crosses his desk.

While many Congressional acts are longer than a Harry Potter novel and stuffed with more pork than a Hawaiian luau, S.517 is only four pages long and shockingly straight-forward. The bill restores the unlocked phone exemption, asks the Library of Congress to determine if tablets and other devices should be included in that exemption and grants consumers more opportunities to get help from third parties when unlocking their phone.

Once the bill is signed, any amount of change to the industry will be small but important to individual consumers if they're denied the opportunity to unlock their phones. Simply put, it means that if your phone is locked and your carrier isn't willing to dish out a code, you now have alternative options through third parties, whether that be through eBay, Craigslist, Amazon or a kiosk in the mall. You may have to pay a fee for the service, but to many, less hassle is worth the price. And since you can typically sell your phone at a higher value if it's unlocked, it could potentially mean a few extra dollars in your wallet when it becomes time to transition to a new device. If only the bill could be as simple as it looks. Unfortunately, the bill is a band-aid that provides a short-term solution to a long-term problem. Since it restores the exemption that the Library of Congress denied in 2012, legal phone unlocking is only guaranteed until the exemption period is over next year, at which time an extension must be approved for another three years.

Although it's possible that the Librarian won't renew the exemption when the time comes, the overwhelming support from Congress, the FCC and the entire Obama Administration make that outcome much less likely. Even the LOC, in a March 2013 response to the petition, agreed that "the question of locked cell phones has implications for telecommunications policy and that it would benefit from review and resolution in that context."

The passing of S.517 is great news for consumers in the United States, but it's just a small reminder of a much larger problem. The only way for the phone lock issue to be resolved permanently is for Congress to make changes to the DMCA, which is much easier said than done because of the influence of special interest groups and lobbyists. There's a glimmer of hope, however: The Washington Post reported yesterday that lawmakers plan to take a closer look at those aspects of copyright law that made phone unlocking an issue from the beginning. That's supposed to happen sometime this fall, but given how long it's taken for the government to get to this point, this is likely just the beginning of a lengthy fight.

In this article: congress, copyright, dmca, fcc, government, libraryofcongress, mobilepostcross, phonelocks, s.517, unlockedphones
All products recommended by Engadget are selected by our editorial team, independent of our parent company. Some of our stories include affiliate links. If you buy something through one of these links, we may earn an affiliate commission.