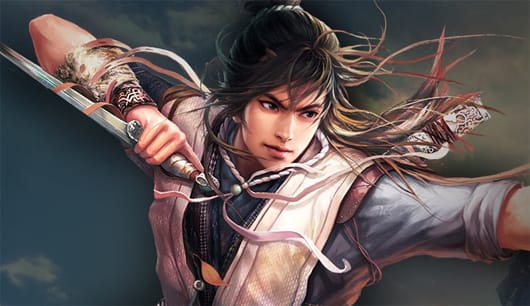 Did you know that Perfect World is launching Swordsman today in the West? Well, now you do. You can view a gameplay teaser for the free-to-play wuxia MMO -- along with today's press release -- after the break.

(Redwood City, CA) July 29, 2014 -- Perfect World Entertainment Inc., a leading publisher of widely-acclaimed free-to-play MMORPGs, is pleased to announce that Swordsman has officially launched in North America and Europe. With this launch comes new player content – notably the Demon Pit, allowing players a new way to fight and earn the best equipment in the game – as well as a patch streamlining the player experience. Details can be found HERE.

In the monthlong Open Beta, Swordsman players began the quarrel between the Bandits and Mercenaries accumulating over 231,000 PVP kills. Players have also traveled far in the world of Jianghu as they have glided an equivalent of five laps around the globe and walked on water a total of 19 one-way trips from San Francisco to Tokyo across the Pacific Ocean. The full infographic can be found HERE.

"It's been a true joy bringing Swordsman to Western players," said Yoon Im, Senior VP of Games Publishing at Perfect World Entertainment. "Swordsman is already a beloved title in China, and we are thrilled to bring this work inspired by the writings of Louis Cha to a whole new world of players."

More information on Swordsman can be found here: community.arcgames.com/en/news/swordsman

Swordsman is a free-to-play martial arts and wuxia-inspired MMORPG, set in the rich universe based on the immensely popular wuxia novels of award-winning novelist Louis Cha, who has sold over 100 million books worldwide. As a disciple of one of Swordsman's ten class-defining martial art schools, players begin their journey to master legendary fighting skills by engaging in fierce action-packed combat with members of rival schools and the powerful Ming government.

Coverage: Official site
In this article: f2p, free-to-play, louis-cha, martial-arts, perfect-world, perfect-world-entertainment, swordsman, swordsman-mmo, swordsman-trailer, swordsman-video, video, wuxia
All products recommended by Engadget are selected by our editorial team, independent of our parent company. Some of our stories include affiliate links. If you buy something through one of these links, we may earn an affiliate commission.