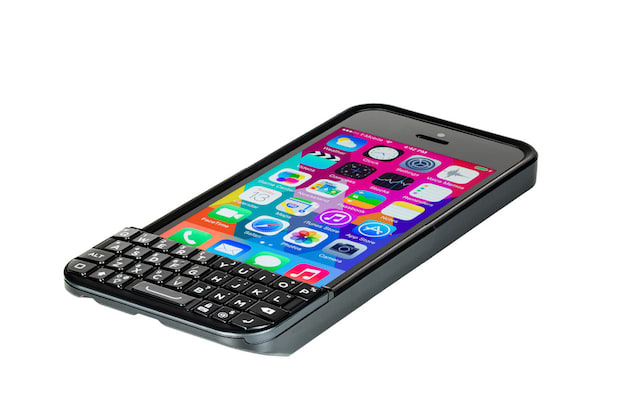 Auto-correct fails can be pretty hilarious, but if you'd rather avoid them altogether (boo!) maybe a litigious phone case's second coming is up your alley. See, earlier this year Ryan Seacrest's iPhone accessory company, Typo, found itself on the wrong side of the law when BlackBerry filed suit against it. Why? Because, well, its product looked an awful lot like something you'd find on one of the Canadian outfit's devices. But, that copyright infringement applied to Typo, not the almost identical Typo 2. As iMore tells is, the American Idol host has added a few new bits and bobs like a lock key, backlight and battery indicator to the keyboard that'll hopefully distract Chen and Co.'s attorneys. The accessory starts shipping this September, but you can pre-order now for $99 -- whether its maker is back in court by then is anyone's guess.

Via: iMore
Source: Typo
In this article: blackberry, ios, iphone, keyboard, mobile, mobilepostcross, RyanSeacrest, typo, typo2, typocase
All products recommended by Engadget are selected by our editorial team, independent of our parent company. Some of our stories include affiliate links. If you buy something through one of these links, we may earn an affiliate commission.