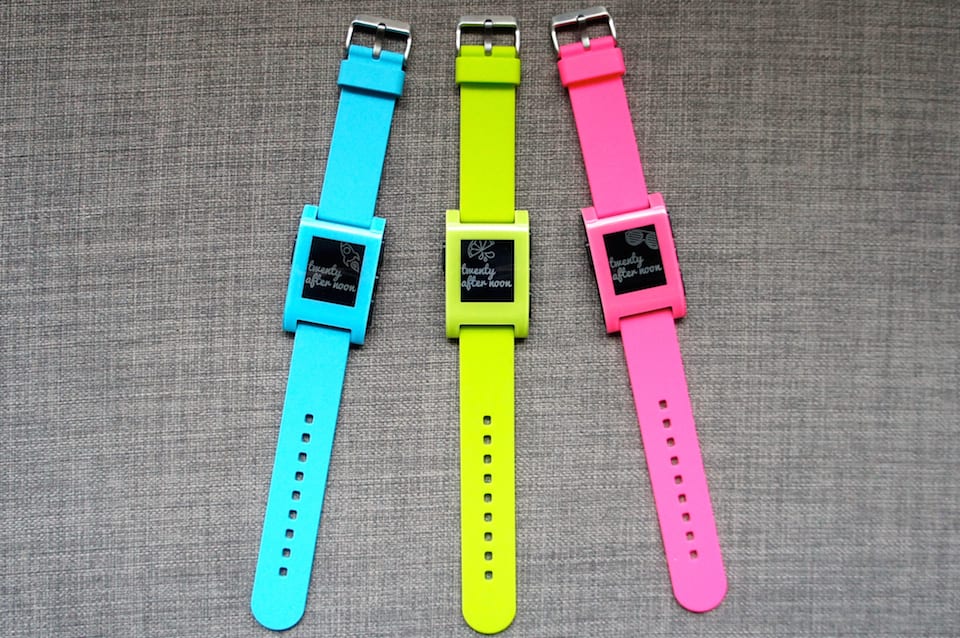 If you'd like a smartwatch that'll match the glow sticks at your next rave, then we've got good news for you. Pebble has just announced a Limited Edition run of its original smartwatch in three eye-popping colors: Fly Blue, Fresh Green and Hot Pink. They're decidedly more fun and hip than the classier Steel Pebble released earlier this year, but that's intentional: We're told that this Limited Edition run is specifically targeted at the younger back-to-school crowd. Like the original Pebble watches, all three colors are available for $150 each.

Myriam Joire, Pebble's chief evangelist, tells us that the idea for the colors actually originated from a "#ColorMyPebble" campaign that ran a couple of years ago as part of the original Kickstarter. The winners were orange and gray, but the team always wanted to expand its color repertoire beyond that to include the runners-up, and now it has. Interestingly, getting the color of the silicone band to match that of the polycarbonate watch proved to be a challenge -- Joire joked that the team spent some time deciding on just the right shade of pink.

Of course, as with the original Pebble, the watchbands on the Limited Edition versions can be swapped out to your heart's content -- any 22mm watchband will do. "Customizing is a big part of what we want our watches to be," said Joire. Speaking of customization, Pebble also released a set of new text watch faces to match the new colors, which should be available on the Pebble appstore starting today. Also available is a new app from The Weather Channel. And last but not least, Pebble also announced that an animated Reading Rainbow watch face with an 8-bit LeVar Burton should be coming soon, to coincide with the release of the special Reading Rainbow Pebble watches later this year.

Source: Pebble
In this article: colors, pebble, smartwatch, wearables
All products recommended by Engadget are selected by our editorial team, independent of our parent company. Some of our stories include affiliate links. If you buy something through one of these links, we may earn an affiliate commission.