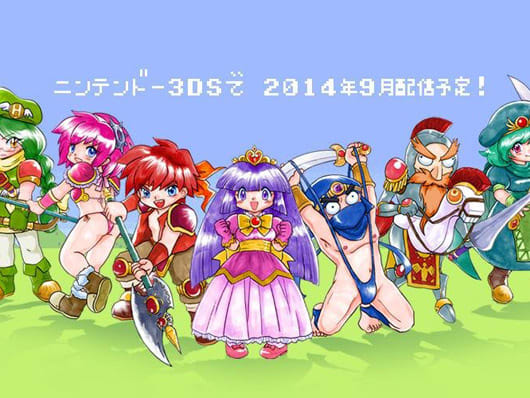 Japanese indie studio Ancient revealed that a sequel to its retro-styled multiplayer party game Protect Me Knight will hit the Nintendo 3DS eShop in Japan in September.

The 3DS sequel, Minna de Mamotte Knight, introduces a pair of new playable characters, and translated details via NeoGAF indicate that the game will feature "about ten times" as much content as its XBLIG predecessor. Ancient hopes to release Minna de Mamotte Knight overseas, but a localized version has not yet been announced.


[Video: Ancient]
Via: The Gay Gamer, NeoGAF
Source: @AncientGames_JP
In this article: 3ds, ancient, eshop, minna-de-mamotte-knight, nintendo, protect-me-knight, xblig
All products recommended by Engadget are selected by our editorial team, independent of our parent company. Some of our stories include affiliate links. If you buy something through one of these links, we may earn an affiliate commission.