Ivanka Trump disrupted the conversation about women in tech 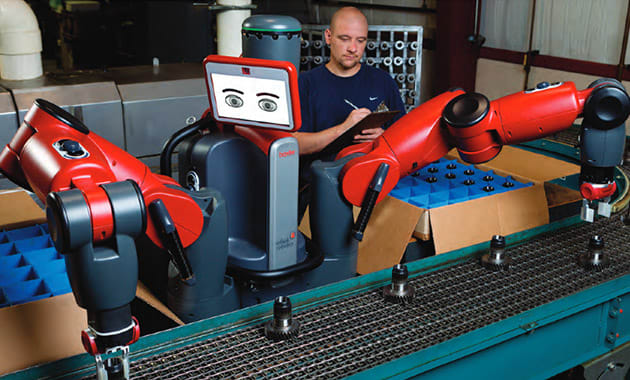 You're probably getting tired of hearing that robots will take your jobs (and, ugh, ours) in the future over and over again. But, here's the deal: perhaps it's necessary keep repeating it so it sinks in, because there's a huge chance that it'll actually happen. The video after the break explains how the event mirrors the industrial revolution, when machines replaced a lot of manual laborers. See, those robots that are supposed to put us all out of jobs are already here: some of them (general-purpose robots, like Baxter in the image above) still need quite a lot of work, but others such as driverless cars are really close to deployment. Even white-collar workers, creatives and professionals aren't safe now that more and more sophisticated software and hardware emerge, including IBM's Watson, which can diagnose patients like a doctor. We're like horses, says video creator CGP Grey, horses that were replaced by automobiles back in the day.

Okay, so we admit that all those points make the video sound depressing as hell, but that's not actually its intention: Grey merely wants to point out that robots taking over everyone's workplace is an inevitable development. We need to start thinking of what to do when that happens, because unlike our equine friends, we actually have the power to plan for the future.

Via: The Verge
In this article: jobs, robotics
All products recommended by Engadget are selected by our editorial team, independent of our parent company. Some of our stories include affiliate links. If you buy something through one of these links, we may earn an affiliate commission.