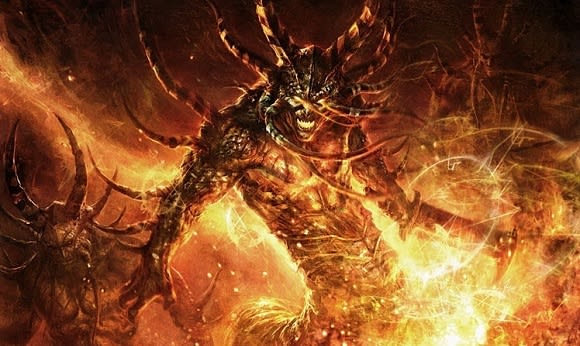 Are you ready to return to the Core? Last week, we learned that Blizzard is planning a 40-player LFR version of classic's Molten Core raid as part of WoW's 10th anniversary celebration. Regardless of what they have in mind, the experience is certain to be very different than it was back in 2005.

Sure, you've probably solo'ed MC or cleared it with a few friends. But what was a Molten Core run like during classic WoW, when conquering Ragnaros and his fiery lieutenants was the pinnacle of endgame content? Read on to find out.

To access Molten Core at release, raids had to fight their way through the 5-player Blackrock Depths dungeon in order to access the raid. Today that would be impossible, but originally, dungeons had the same 40-player cap as raids.

Those poor, poor fools in BRD didn't stand a chance with three dozen+ players carving their way through. Since clearing it offered nothing but a timesink, Blizzard changed the Molten Core discovery quest into an attunement in March 2005. You had to reach the entrance of Molten Core once, and then you could port there directly by jumping out of a small window in Blackrock Mountain.

The game sometimes failed to register the instance transfer and you plummeted into a vast lake of lava. Yes, Molten Core could kill you before you even set foot in it.

My first time entering the Core filled me with awe. Twin giants stood guard at the entrance. Beyond, a stone bridge arced across a river of lava. Huge core hounds prowled the other side. Elementals populated the cave like a constellation of rock and flame. The trash mobs were the biggest I'd ever seen in the game, and there were so many of them. They truly seemed like a match for a small army of 40 players.

In classic, more than any other raid, Molten Core gave you a strong first impression that you are not supposed to be there. It not a friendly place that you have come to. It is an alien landscape, full of monsters and living fire and death. You should turn back, but you do not.

The Molten Giants were your first test. They had a knockback and an AOE smash, and they hit tanks very hard. Many guilds who thought they were ready for raiding found out otherwise on the very first pull of the instance. It wasn't uncommon for players to panic and run out of the instance when things started to go sideways on this pull.

The elementals that followed were easier, provided no one got knocked off the bridge to their doom by a Lava Surger. Elemental pulls could also be simplified with Banish.

Then came the Ancient Core Hounds (since renamed simply Core Hound). They had so many ways to ruin your day: many many debuffs to make you sad, AOE disorients, AOE stuns, a breath attack, and high attack damage. Each core hound didn't have all of these abilities. They were random, so you never quite knew what you'd be facing when you pulled. One hound was a force to be reckoned with. If you screwed up and got two, well, that often meant a wipe.

Core Hounds could be skinned for Core Leather, a key ingredient in making the fire resist gear that became very necessary later in the zone. With 40 players, your turn to loot a mob came rarely. But you couldn't skin the beasts until they had been looted. These two facts led to a lot of shouting, and "Loot the hounds!" became one of WoW's earliest memes.

Pulling trash in MC was a deadly business. Many of the Core Hounds lumbered along long paths through the instance, and Lava Surgers patrolled at a blistering pace. With 40 players, all it took was one person to run a bit too far and you had more than your raid could handle.

Most guilds chose not to risk it. They sent a hunter ahead (that was me in those days) to make the pulls. Using Rank 1 Arcane Shot dealt almost no damage at all, so a tank could easily grab the mob as you brought it back to the safe area where the raid waited. Best of all, if you aggro'ed more than the raid could handle, you could Feign Death and try again (usually). The paths of the various patrols were complex and overlapping, so savvy pulling was a highly valued skill, essential to the raid's success.

If you were going after Lucifron first (which was the smart choice), your next challenge was what we called the "Imp Cave." To understand just how painful the Imp Cave was, you need to understand the original respawn timers in Molten Core. They were unforgiving, to put it mildly. Some would call them ludicrous.

They were Blizzard's penalty for wiping. Wiping took time, and wasting time in Molten Core meant wasting more time reclearing trash respawns, which could then wipe you when another respawn you weren't expecting pathed into your raid. One wipe in MC could lead to a chain reaction of wipes, a respawn failure loop. When faced with an hour of reclearing trash, which would then mean more respawns from the longer timers, many guilds simply gave up for the night.

There was also no way to repair inside the instance. Once you'd wiped enough times, you had two choices. You could either zone out with the whole raid and reclear whatever trash respawned, or have players hearth and summon them back one by one (classic had no "lock closet" to click on).

Fortunately, killing a specific boss could prevent the respawn. Downing Magmadar, for example, prevented any more core hounds from spawning. (Of course, you'd still have to re-murder the ones who spawned while you were clearing to him.) That's why guilds went after Lucifron and Magmadar first.

Flame Imps weren't the most challenging trash, but you had to kill them fast and get out of that narrow cave before you aggro'ed the respawning packs behind you. You also had to deal with Lava Surger patrols, and sometimes both a surger and an imp group at once.

If you made it through, you reached the Core Hound packs. These were smaller core hounds in groups of five. They all had to be killed within ten seconds of each other. If any remaining hounds survived, the rest would Ignite and respawn with full health. When that happened, you were now in the awkward position of single-targeting the new hounds to match the health of the first ones.

There was just one problem -- some players (I'm looking at you, 'locks and mages) didn't want to single-target DPS. You could AOE and continue to deal damage to both living and dead hounds, thus padding your meters substantially. So one "reignited" hound usually meant the whole pull took forever, as you tried to get 30 DPS to coordinate damage. Meanwhile, you had stacking, undispellable bleeds on your tanks to make healers' lives miserable.

If you cleared the core hounds, you could finally face Molten Core's first boss, Lucifron.

After the insane clear to him, Lucifron was a bit of a welcome disappointment. Molten Core had patrolling bosses, and Lucy was one of them. Starting the fight was tricky to time. Once you did, beating him mainly required that people stay away from the imp cave so they didn't get feared back into it and aggro the respawned imps. That, and dispelling his debuffs.

Most debuffs in Molten Core were curses. That's how, in classic, dispelling any kind of debuff became known as "decursing." The name (and the boss mechanics) led to the development of addons like Decursive. In the era before Mass Dispel, such addons were basically mandatory to deal with bosses like Lucifron that blanketed your 40 players with multiple nasty debuffs.

Assuming you triumphed, Lucifron dropped all of two items for your raid. Using /random to determine who got those two drops led to a lot of bad feelings, so most guilds used a more formal system. Tier tokens did not exist -- the actual items dropped from a boss. So if your two druids already had Cenarion Boots, you were sharding them.

But we didn't care about loot that first time. When you managed to take that many people into a zone and work as a (very large) team to take down your first raid boss -- that felt special. We didn't have voice chat, or anything like Deadly Boss Mods, or even a full 40 players. It was just us against him, with our basic UI, our mishmash of rare and uncommon armor, and our collective resolve. Yet we prevailed.

It was a big moment for our guild. After the brutal trash had kept us from any progression at all for several nights, we doubted we could actually make a dent in this raid zone. Denting Lucy's face was a big shot of confidence.

More hound packs followed as you cleared to Magmadar. Killing Magmadar meant discipline -- it was very easy to pull aggro off a tank as a DPS in early classic. You couldn't start DPS'ing on the pull, and you certainly did not prepot (potions had no restrictions anyway). Your DPS throttle had much less to do with how you executed your rotation and much more to do with your "threat cap."

Threat was a big deal against Magmadar. Ranged and healers could outrange his Panic AOE fear. If a ranged DPS stole aggro, however, he could Panic and fear all of your healers, while spitting magma and lava bombing them. You wiped.

Magmadar was also the first raid encounter where the dwarf-only priest ability Fear Ward featured so heavily. If your tank became feared, Magmadar would go rogue and attack other players. Warriors could "stance dance" and nullify the fear with Berserker Rage, but Fear Ward was much easier. 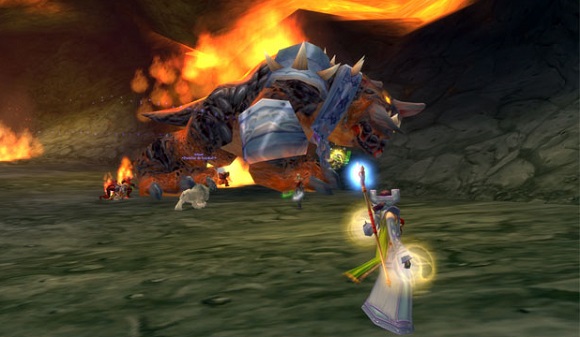 Magmadar had his own Enrage. Dealing with this mechanic had a bizarre solution. Lucifron had a chance to drop a Tome of Tranquilizing Shot. The tome taught hunters a brand new spell, Tranquilizing Shot, that couldn't be learned from a trainer. Using it dispelled Magmadar's Enrage (and that was basically all the spell did back then).

The first time you killed Lucy, you had at most one hunter with the spell, and possibly zero, since the drop wasn't guaranteed at first. Your hunter could only "tranq" every other Enrage. He or she could also miss, since you couldn't entirely negate missing bosses in classic. Your tank and healers just had to deal with the insane melee damage Magmadar put out during the ability. Later, with multiple hunters, you could set up a rotation. Until then, the fight was very painful. Some guilds stuck with farming Lucy until they had enough tranqs to guarantee Enrage dispels.

Magmadar was the first of four bosses who had a chance to drop the coveted Talisman of Ephemeral Power, the ultimate caster DPS trinket.

With Magmadar defeated, you could douse Molten Core's first rune. What on Azeroth does that mean? The next WoW Archivist will explain all!