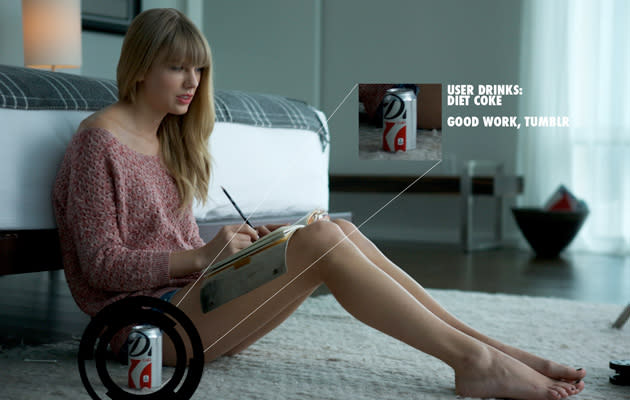 When Yahoo bought Tumblr for more than a billion dollars, a lot of us wondered how it would ever turn a profit. After all, people sharing cat GIFs and monochrome erotica didn't seem like a very effective business model. According to Mashable, however, the social network is going to earn its keep by helping big brands like Coca Cola and Nike understand how they're perceived. That's because Tumblr is hooking up with analytics firm Ditto, which will scour your pictures looking for sneakers and soft drinks in the frame. It'll then pass this data on to the companies involved for a fee, helping them to ensure the teenagers are all praising the right sort of soda at the next box social, or something.

Update: Tumblr's reached out to confirm the deal, a "firehose partnership" with the agency, will go ahead this week.

In this article: Advertising, Analytics, Brand, Ditto, Social Media, Tumblr, Yahoo
All products recommended by Engadget are selected by our editorial team, independent of our parent company. Some of our stories include affiliate links. If you buy something through one of these links, we may earn an affiliate commission.