F1 drivers will compete in a virtual grand prix series 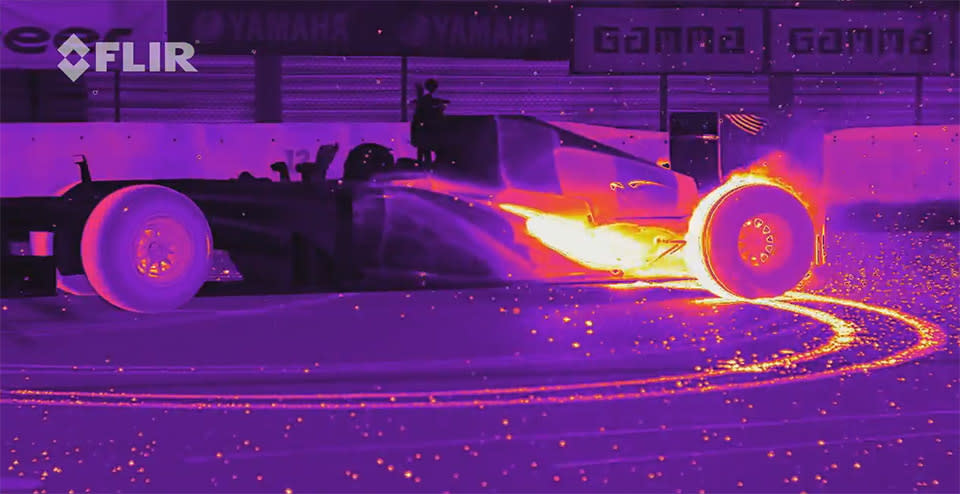 FLIR has just shown a dramatic spectrum of Formula 1 racing you may not have even realized you were missing: full infrared. The company filmed Red Bull's RB8 F1 car doing donuts at the Gamma Racing Day in Assen using its FLIR X6580sc and other infrared cameras. As shown in the video below, the drivers are literally surrounded by flames and heat coming off the tires, engine and exhaust. You can also see the still glowing tracks left by the tires, Back to the Future style, and the hot bits of rubber that flew off. The only thing missing is the smoke, which is a good thing -- as shown by a regular camera, it almost completely covers the car at one point.

In this article: F1, FLIR, Formula1, Infrared, RB8, Red Bull, video
All products recommended by Engadget are selected by our editorial team, independent of our parent company. Some of our stories include affiliate links. If you buy something through one of these links, we may earn an affiliate commission.