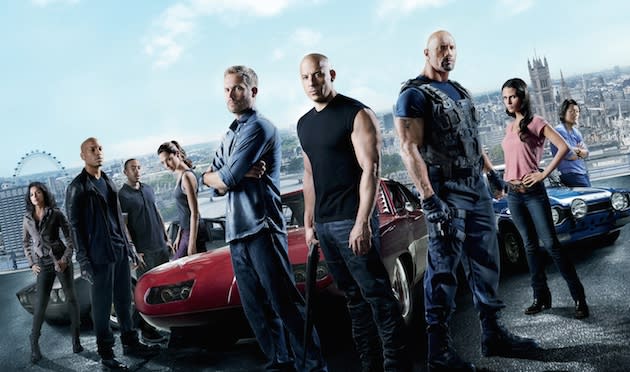 The concept of someone recording films at movie theaters for pirating purposes seems so outdated. Yet, that's still happening in some parts of the world, apparently. Most recently, there's the case of Philip Danks, a 25-year-old UK man who just got sentenced to 33 months of jail time after using his phone to record a film in the theater and, subsequently, upload it to his website to let the internet download it at no cost -- at least initially. So which movie, you ask? None other than Fast & Furious 6. According to Universal Pictures, Danks' pirated upload was downloaded nearly 780,000 times, which the studio claimed resulted in a loss of about £2.5 million, or about 4.1 million in US dollars. After his initial arrest, and before he pleaded guilty to the charges yesterday, Danks took to his Facebook page to share his feelings about the ordeal: "Seven billion people and I was the first. Fuck you Universal Pictures." He's now facing 33 months in jail, while 120 hours of unpaid community service were served to a friend who helped him along the way.

In this article: Copyright, FACT, Fast and Furious, Fast and Furious 6, FastandFurious, hdpostcross, Movies, Universal Pictures, UniversalPictures
All products recommended by Engadget are selected by our editorial team, independent of our parent company. Some of our stories include affiliate links. If you buy something through one of these links, we may earn an affiliate commission.