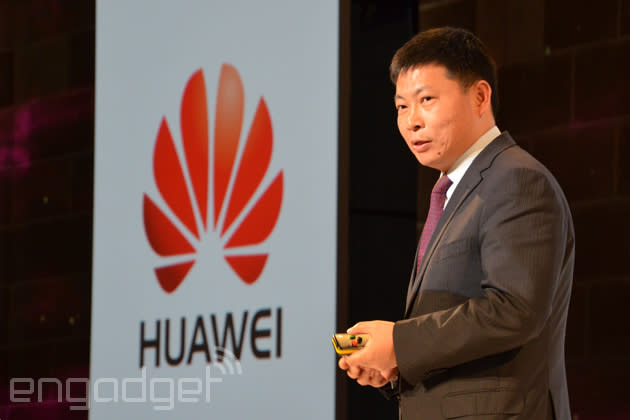 Fans of mobile operating systems not called "Android" or 'iOS" might be sad to hear what Huawei's head honcho just told the Wall Street Journal. In an interview, Richard Yu spoke about the company's plans regarding Tizen, Windows Phone and a long-rumored homegrown OS, and basically said they were all doomed.

According to the executive, unnamed mobile networks had asked Huawei to make Tizen smartphones, but Yu feels that the platform has "no chance to be successful." It's a bit of a u-turn, since the company has previously had a research unit looking into the Samsung-made software, but Yu said that he shut it down.

On the subject of Windows Phone, Yu conceded that Huawei had spent two years losing money on its W series handsets, saying "it has been difficult to persuade customers to buy a Windows phone." That's why, at least for now, a follow-up to the promising, yet flawed W1 and W2 is off the table.

That leaves the company with Android as the only thing its handsets can run, and when asked about this potential over-reliance on Google, Yu admitted that he's concerned, but has "no choice." On the upside, he did emphasize that he has a "good collaboration" with the search engine, before swiftly moving on to other matters, like writing off any plans for a homegrown operating system of its own. In his own words, Yu feels that "it's easy to design a new OS, but the problem is building the ecosystem around it."

In this article: Android, google, Huawei, microsoft, mobilepostcross, Richard Yu, samsung, Tizen, Windows Phone
All products recommended by Engadget are selected by our editorial team, independent of our parent company. Some of our stories include affiliate links. If you buy something through one of these links, we may earn an affiliate commission.