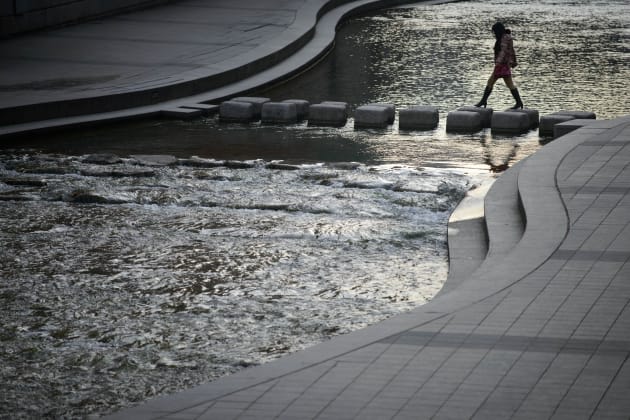 Unless you've made a habit of carrying around a solar charger, topping off your phone outdoors can be a bit of a challenge. Well, unless you're living in South Korea. The city of Seoul just announced that it's building a series of outdoor recharging stations along the Cheonggyecheon, a manmade stream in the city's downtown area. The chargers won't draw from the city's power grid, however -- they'll draw current from a collection of hydroelectric turbines embedded in the stream. The project's developer says the stations will be able to fully charge most devices in 2-3 hours. If the five stations currently in production turn out to be a hit, the city says it will consider expanding the network. See? Low battery life is no excuse for avoiding the great outdoors.

In this article: korea, seoul, southkorea, turbine
All products recommended by Engadget are selected by our editorial team, independent of our parent company. Some of our stories include affiliate links. If you buy something through one of these links, we may earn an affiliate commission.