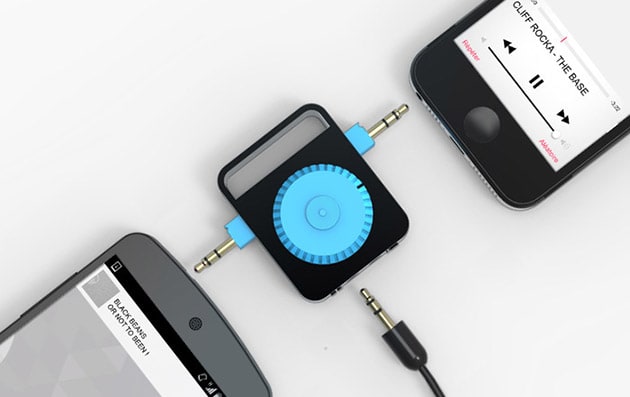 This teeny-tiny device called Openmix might be the solution you need for those times when you're raring to be the DJ of the party, but another aspiring disc jockey just won't back down (ugh!). It lets you mix tunes from several devices at once (whether it's an iPhone, an Android phone or tablet, a random media player or a laptop) and blast them out loud in real time by connecting speakers through one of its ports. Its tiny size has probably cued you in on its simplicity -- it can only really fade tracks for seamless transition. But, you can connect it to a device loaded with a third-party DJ app to add extra sound effects, if you're seriously into it. Since Openmix is a Kickstarter project, there's a chance you'll never actually see one. If you want take a chance, though, you'll have to pledge at least $29 to get a unit if it does come out in January 2015.

Via: Gizmodo, Boing Boing
Source: Openmix, Kickstarter
In this article: kickstarter, mobilepostcross, openmix
All products recommended by Engadget are selected by our editorial team, independent of our parent company. Some of our stories include affiliate links. If you buy something through one of these links, we may earn an affiliate commission.