Capcom made a ridiculous typewriter keyboard for 'Resident Evil 2' 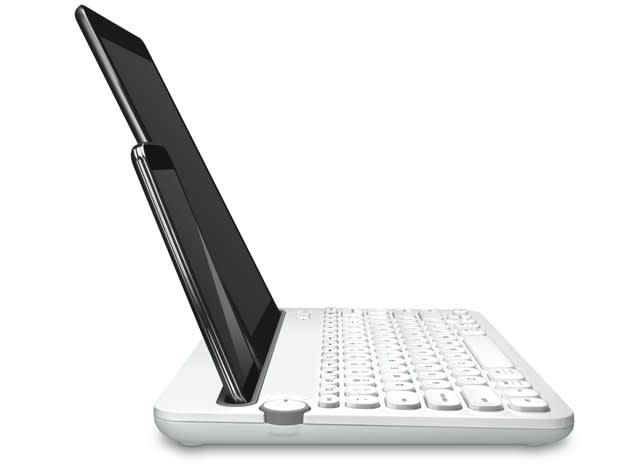 Wireless keyboards are a dime a dozen nowadays, but every now and then we come across one that manages to stand out from the rest of the pack. And that's the case with the new K480 from Logitech, a Bluetooth keyboard that's capable of doubling as a dock for your smartphone and tablet. It even has space to hold two devices simultaneously, as pictured above, so long as the size of each is appropriate -- something like a 5-inch handset with 8-inch tablet combo, for example, should work just fine. As you might expect, Logitech's K480 can also pair with your laptop or desktop, making it rather handy for a number of different scenarios. You'll be able to get one, in black or white, when it becomes available in the US and Europe later this month for $50. 12
In this article: Bluetooth Keyboard, BluetoothKeyboard, K480, Keyboard Dock, KeyboardDock, Logitech, Logitech K480, LogitechK480, mobilepostcross
All products recommended by Engadget are selected by our editorial team, independent of our parent company. Some of our stories include affiliate links. If you buy something through one of these links, we may earn an affiliate commission.