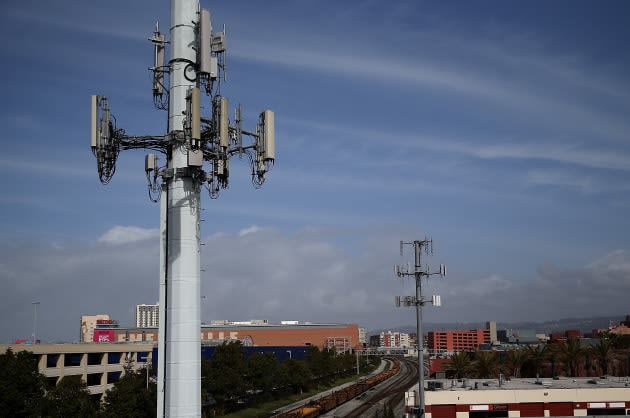 In response to the loads of info leaked on government surveillance, a number of ultra-secure handsets have popped up to elude prying eyes. One such option is the CryptoPhone 500 from ESD that's built on a regular Galaxy S III frame. In a recent report from Popular Science, that company says that its customers discovered 17 fake cell towers across the US -- just in the month of July. It's unclear who's running the so-called "interceptors," but back in June police departments in 15 states admitted to using similar devices known as "stingrays." ESD CEO Les Goldsmith says that it's unclear who's responsible, but "a lot of these interceptors are right on top of US military bases." On a basic level, the phony towers are really radio-capable computers that can bypass a devices built-in encryption. To test out how different handsets react, Goldsmith and Co. took an iPhone, Galaxy S4 and CryptoPhone on a drive past a government facility this summer. While the two regular handsets barely displayed any change (switching from 4G to 3G), the encrypted device "lit up like a Christmas tree." It could be quite a while before we get any detailed info on who's behind the intercepting, but according to this report and others, it's quite clear that said means of gazing at cellphone use have increased significantly as of late.

Via: Business Insider
Source: Popular Science
In this article: cellphones, encryption, mobilepostcross, security, surveillance
All products recommended by Engadget are selected by our editorial team, independent of our parent company. Some of our stories include affiliate links. If you buy something through one of these links, we may earn an affiliate commission.