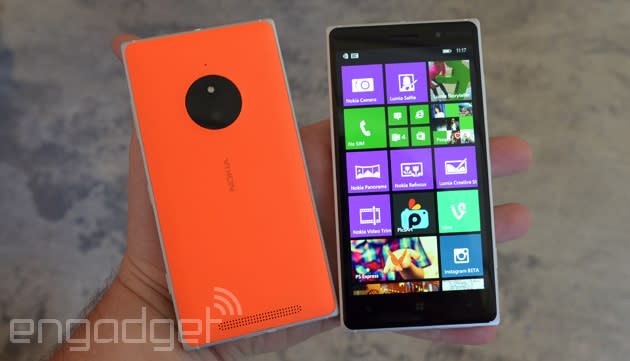 Right now, AT&T doesn't offer much diversity in Windows Phones. You're either choosing between the tiny and thrifty Lumia 635 or a decked-out behemoth like the Lumia 1520. Thankfully, the network has heard the calls for a mid-tier option -- it just announced that it's carrying the Lumia 830 sometime later this year. While you'll have to wait a while for launch details, it's reasonable to expect pricing that slots neatly between the 635 and 1520. No, it's not the straight-up 1020 sequel that many are clamoring for, but it's hard to disagree with a wider choice of Microsoft-powered devices in the US.

Source: AT&T
In this article: att, lumia830, microsoft, mobilepostcross, nokia, smartphone, windowsphone, windowsphone8.1
All products recommended by Engadget are selected by our editorial team, independent of our parent company. Some of our stories include affiliate links. If you buy something through one of these links, we may earn an affiliate commission.