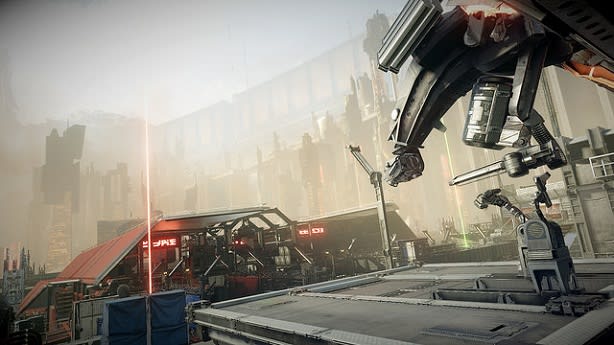 Sony dished out three free maps for Killzone: Shadow Fall today, the publisher's FPS that launched with the PS4 last November. One of the maps is The Statue, a competitive affair that takes place at a Scolar Visari memorial statue surrounded by scaffolding. A trailer for The Statue map can be found after the break.

The other two maps, The ATAC Tower and The Canal, feature cooperative multiplayer action. Players that want to check out those two levels must also own Killzone: Shadow Fall Intercept, either in its add-on expansion form or the standalone version. The DLC launched in June, while the lone Intercept download arrived last month. For an extensive look at Intercept, check out our archived stream of the DLC from July.
[Image: SCEA] 31
Source: PlayStation Blog
In this article: add-on, co-op, cooperative, dlc, free, Guerrilla-Games, killzone-shadow-fall, killzone-shadow-fall-intercept, map, map-pack, maps, multiplayer, playstation, ps4, scea, sony, Sony-Computer-Entertainment-America
All products recommended by Engadget are selected by our editorial team, independent of our parent company. Some of our stories include affiliate links. If you buy something through one of these links, we may earn an affiliate commission.