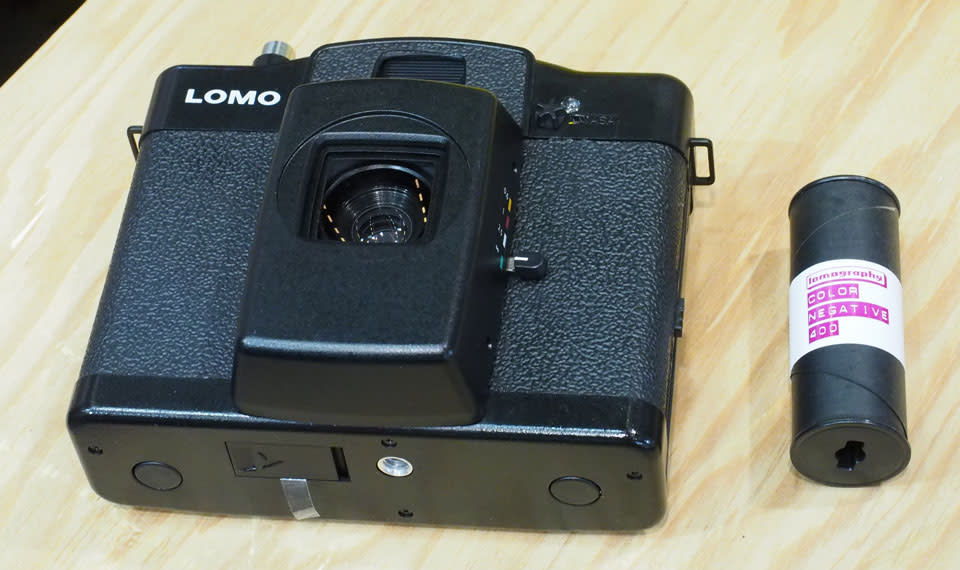 The Lomographic society is committed to the preservation of analog photography in all of its forms. That's what has prompted the outfit to launch a high-end medium-format camera that'll sit alongside its similarly-priced 35mm offerings. The LC-A 120 takes 120 film, and packs a Minigon XL multi-coated 35mm four-element lens that's the equivalent to a 21mm lens on a 35mm camera. With it, creative photographers are able to shoot multiple exposures, and even take long exposures using a rear curtain flash for that retro effect. Aperture-wise, the range begins at f/4.5, and runs all the way to f/16 for big, square shots that won't get grainy when you enlarge them. Unlike the Holga, the company's "toy" camera offering, the LC-A 120 also has an auto shutter speed controller exposure and auto reset film stopping. There's also four-step focusing with a closest focusing distance of just over half a meter, allowing you maximum flexibility with your shots. If we're honest, however, having held this device in our hands, it's tough to believe that the LC-A 120 is priced at $430. The flimsy plastic body and lackluster construction makes it look more like the sort of hardware that you'd find lingering in the bargain basement at the goodwill than a premium piece of photographic equipment. We're sure that won't deter plenty of analog photography fans who will be eager to get their hands on the hardware, and the first 500 units will be ready for purchase in November

Correction: An earlier version of this story stated that the LC-A 120 took 120mm film, rather than 120 film.

Steve Dent put on an jumper from the 1970s to take the photos for this report.

In this article: hands-on, LC-A 120, Lomography, Photokina, Photokina2014
All products recommended by Engadget are selected by our editorial team, independent of our parent company. Some of our stories include affiliate links. If you buy something through one of these links, we may earn an affiliate commission.