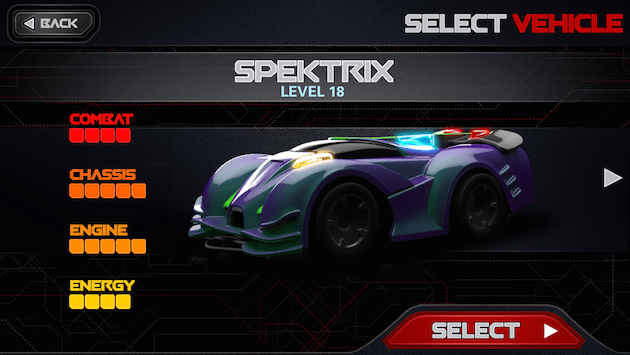 Ever since Anki Drive -- a toy car racing system powered by artificial intelligence and machine learning -- made a big splash at Apple's WWDC 2013 keynote, it's been iOS-only. That ends next month, however, as Anki Drive is finally coming to Android for the first time. Sean Levatino, Anki's lead designer, tells us that one of the company's big core commitments is accessibility, and Android compatibility is a big part of that. "We want to support as many platforms as possible," he says. Anki's goal, after all, is to bring robotics to the masses.

So what took Anki so long? Mark Palatucci, Anki's co-founder, says that it really had to do with Apple's early support for Bluetooth low energy. "Only really in the past year have we seen Android phones adopt the standard in any real capacity," he says. Now as more modern Android devices support the standard, Anki's finally able to roll out support for Android on a wide scale.

There is an important caveat however: for the time being, there is no cross-platform play. That means iOS users can't race their cars against Android users and vice versa. That's because the Android version uses WiFi for multiplayer support while the iOS app communicates via Bluetooth LE. "Eventually we'll work on interoperability," says Palatucci, but the team wanted to focus on bringing the Android app to market first. 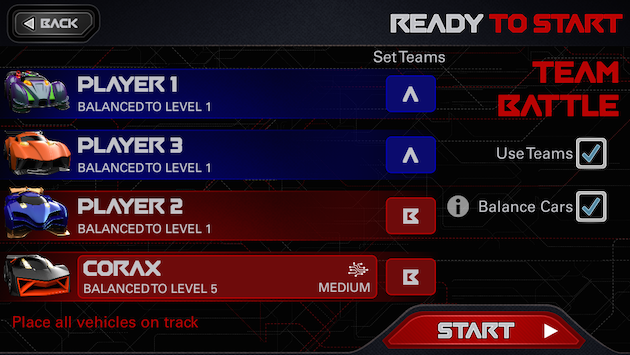 In the meantime, the iOS app is getting a huge update in terms of gameplay. For one thing, now you'll be able to play in "Team mode." Players can gang up against an AI, or users can play team versus team, or you could even go up against three AI cars by yourself if you feel like a challenge. "We never really supported that," says Levatino, though he says that according to surveys, people were doing it unofficially anyway. The most recent update lets folks mix and match up to four human or AI players in teams, even letting you pair up with an AI if you wish.

Another welcome update to the iOS app is something called "Balance Cars Mode" which essentially lets new users play with higher-level folks without getting their asses whooped. When this mode is enabled, upgrades in the higher-level cars will be disabled to match that of the lowest level car for a more even playing field. 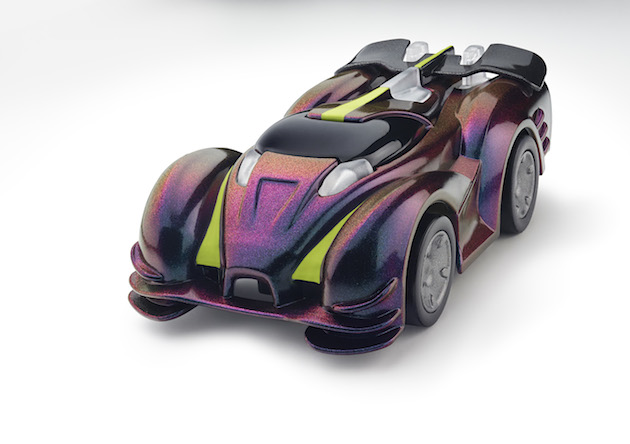 Anki is also rolling out a new character as part of this announcement. Called "Spektrix," the car has a trickster personality, with a special "Scrambler" ability that messes with other car's systems and causes them to go out of control. "It's fun to play on its own, but it really shines in team play," says Levatino. "It's a great support character." The Spektrix is available today on Anki.com for $69.99 and you can purchase it from other retailers later this week.

And that's not all. Anki has also dropped the price of the Anki Starter Kit from $199.99 to $149.99 in the US (£149.99 in the UK). The Starter Kit, as a reminder, comes with two cars, their charging cases, a 3.5 foot by 8.5 foot race mat, a tire cleaner and a fast charger. The aforementioned iOS update should be available starting today while the Android app will be in the Google Play store some time in early to mid October.

Source: Anki
In this article: android, anki, ankidrive, ios
All products recommended by Engadget are selected by our editorial team, independent of our parent company. Some of our stories include affiliate links. If you buy something through one of these links, we may earn an affiliate commission.