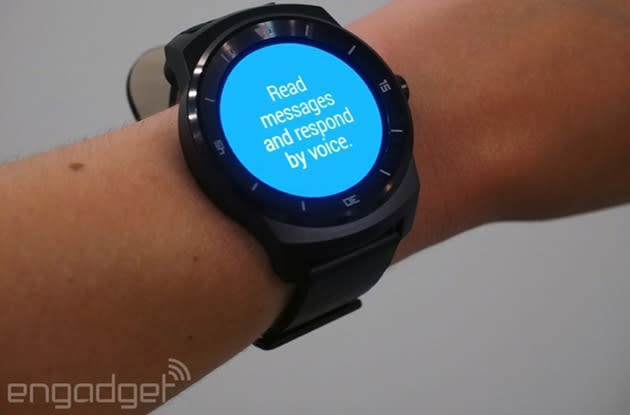 LG's apparently gearing up to release a new smartwatch in the US other than the G Watch R -- one that's 3G-capable, just like Samsung's Gear S. A document that's just passed through the FCC points to an oval/rectangular LG smartwatch (57.7 x 35.5 mm) slightly smaller than the Gear S (58.3 x 39.8 mm) which comes with CDMA connectivity. Because of its codename (VC100) and the fact that it supports Verizon's CDMA frequencies (according to the FCC docs), it might just land on Big Red if there's a US launch. With 3G connection built into the watch, it can presumably work on its own -- download apps, make phone calls, send messages and connect to the internet, among others -- without being paired with a smartphone. It may take a while until the mysterious smartwatch comes out, though, seeing as LG's answer to the Moto 360 isn't even out in the US yet. In this article: FCC, gwatch, lg, mobilepostcross, SmartWatch
All products recommended by Engadget are selected by our editorial team, independent of our parent company. Some of our stories include affiliate links. If you buy something through one of these links, we may earn an affiliate commission.