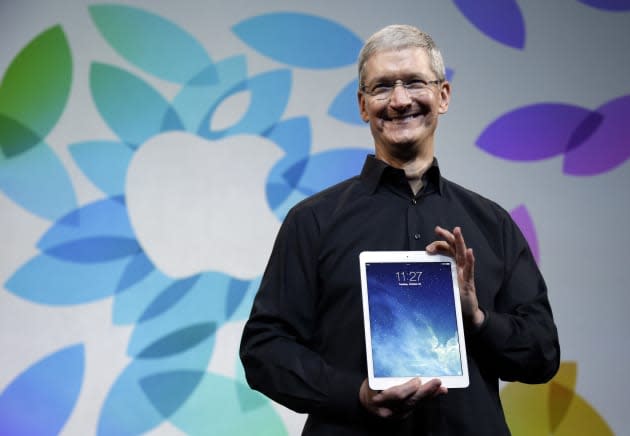 It's no secret that Apple tends to reveal its new iPads in October -- at least, that's been the company's tradition for the past few years -- so the big question has been exactly when in October we can expect to see these upcoming tablets. According to Re/code, which has a history of predicting such event dates with a high degree of accuracy, we should mark October 16th on our calendars. The report indicates that the launch will take place at Apple's Town Hall auditorium, so it'll be a smaller affair than last month's spectacle. While we haven't seen as many rumors of the new devices as we did with, say, the iPhone 6, there's been a lot of buzz about a new 12-inch model making the rounds in addition to the usual 9.7-inch Air and 7.9-inch mini. There's also a chance we'll see new options on the iMac side; and with OS X Yosemite and Apple Pay due very soon, you can count on some fanfare about those as well.

In this article: apple, appleevent, appleipad, ipad, ipadair, ipadevent, ipadmini, october
All products recommended by Engadget are selected by our editorial team, independent of our parent company. Some of our stories include affiliate links. If you buy something through one of these links, we may earn an affiliate commission.