Messaging app ToTok is reportedly a spying tool for the UAE 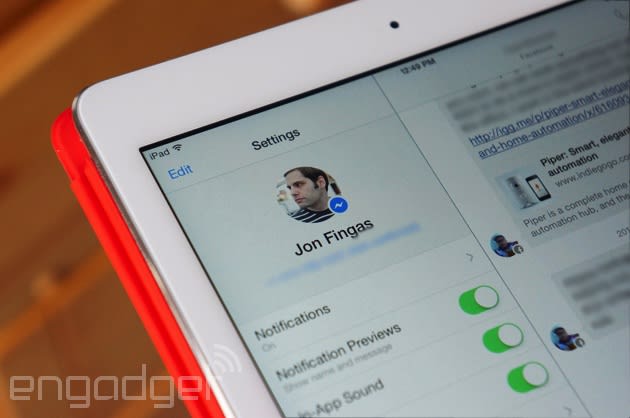 If you've ever had a Facebook friend in need of some money, you may soon have a way to pay them without much fuss. Stanford student Andrew Aude has shown off hidden code in Facebook Messenger's iOS app that will let you send funds much in the same way that you share a photo; you just have to add a payment card and a PIN code. The transaction is private and appears to be free at the moment, although it won't be surprising if Facebook eventually takes a small cut of each transfer.

It's not certain when payments will be available, and there's a good chance that you'll be waiting a while. Security guru Jonathan Zdziarski found the first traces of e-commerce code last month, and Facebook's own Mark Zuckerberg warned that there was "so much groundwork" necessary before the social network could flip the switch. However, the company recently hired former PayPal CEO David Marcus to head up its instant messaging efforts -- there's no question that money will eventually play an important role.

Via: TechCrunch
Source: Andrew Aude (Twitter), Josh Constantine (Instagram)
Coverage: Jonathan Zdziarski (Twitter)
In this article: chat, facebook, facebookmessenger, InstantMessaging, ios, mobilepostcross, payment, payments, socialnetworking, video
All products recommended by Engadget are selected by our editorial team, independent of our parent company. Some of our stories include affiliate links. If you buy something through one of these links, we may earn an affiliate commission.