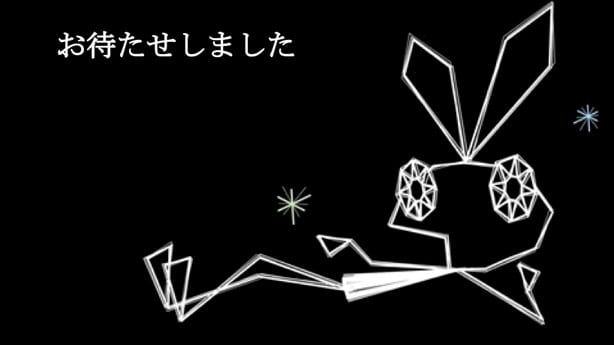 Released for the original PlayStation in 1999, Vib-Ribbon puts players in control of Vibri, a bizarre rabbit-like creature who must vault on-screen obstacles in time to a backing music track. In a novel twist at the time, Vib-Ribbon allowed players to insert their own music CDs and create playable levels based on individual tracks, often upping the game's challenge far beyond the difficulty of its default soundtrack.

Though Vib-Ribbon was released in Japan and Europe, a North American version never surfaced. This week's PSN release will be the first time Vib-Ribbon is officially available in the United States, and Sony notes that its CD-scanning feature will arrive on the PlayStation 3 fully intact.


[Image: Sony / NanaOn-sha]
Source: PlayStation Blog
In this article: masaya-matsuura, nanaon-sha, playstation, playstation-vita, ps3, psone, psone-classics, psp, scea, sony, vib-ribbon, vita
All products recommended by Engadget are selected by our editorial team, independent of our parent company. Some of our stories include affiliate links. If you buy something through one of these links, we may earn an affiliate commission.