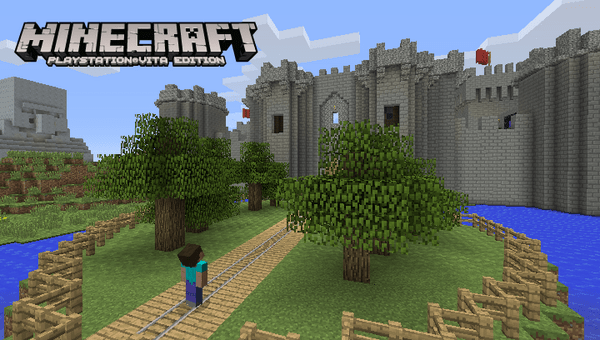 Minecraft continues its charge onto new systems with a European launch for Vita on October 15. 4J Studios, the UK team porting the sandbox game, tweeted there isn't a confirmed date as yet for North America, adding "hopefully we'll hear soon."

The portable version of Minecraft is cross-buy with its PS3 sibling, meaning if you've already bought the game on PSN for PS3, you can also get it free on Vita, and vice-versa. Back in May, developer Mojang said the asking price is $20 as per PS3, you can transfer saves between PS3 and Vita, and DLC purchases are active across both editions. At the time, Mojang said it was working with Sony to "look into ways to enable upgrade from the Blu-ray disc version of Minecraft: Playstation 3 Edition to Minecraft: Playstation 3 and Vita." We've reached out to Sony to clarify if users who have Minecraft on PS3 Blu-ray can also access the Vita version for free. Also, we're still waiting on release dates for the retail version of the Vita game - next week's launch is limited to PSN.

It continues to be a busy old time at Minecraft HQ, which of course is now Microsoft following the company's $2.5 billion acquisition of Mojang and its lucrative game. After launching on the current-gen consoles' online storefronts, Minecraft has its PS4 edition on retail shelves as of this week. The Xbox One disc version is due in US stores on November 18.
[Image: 4J Studios]
Source: @4JStudios
In this article: europe, microsoft, Minecraft, mojang, north-america, playstation, playstation-vita, psn, release-date, vita
All products recommended by Engadget are selected by our editorial team, independent of our parent company. Some of our stories include affiliate links. If you buy something through one of these links, we may earn an affiliate commission.