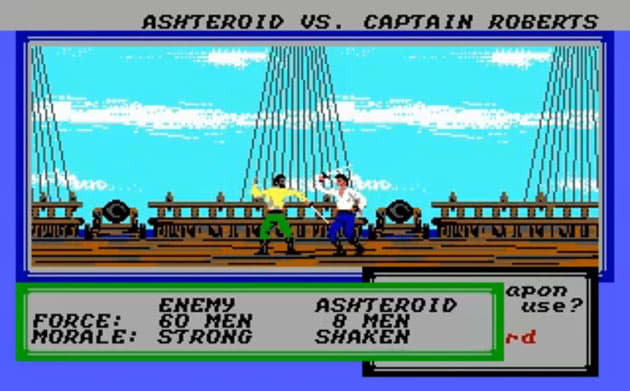 Do you like video games? Have you been playing them for, like, 30 years? Well good news: that gum you like is going to come back in style! Okay, okay, we're just really excited that Twin Peaks is getting a third season. But also, classic games from the likes of MicroProse, Accolade and Infogrames are being brought back to life care of Tommo and Night Dive Studios under the name "Retroism." Starting today, Retroism is bringing back games from that trio of studios and "other iconic publishers," and the initiative kicks off with Sid Meier's Colonization, Pirates! Gold Plus and Covert Action.

Retroism isn't exclusive to any particular platform, instead choosing to distribute via Steam, GOG.com, Amazon, Humble, and several others. And the two companies behind Retroism aren't exactly new to the concept: Tommo relaunched the Neo Geo platform with Neo Geo X, while Night Dive Studios helped to bring System Shock 2 back into playable form.

Beyond this week, Retroism is aiming for weekly releases "throughout the fall," both as individual games and in bundles. There doesn't seem to be a defined pricing structure, nor is it clear if Retroism releases will arrive on various distribution stores all at once. Here's hoping it doesn't follow the Square Enix/Nintendo model of charging insanely high prices for nostalgia-fueled purchases.

Source: Tommo/Night Dive Studios
In this article: accolade, hdpostcross, infogrames, microprose, nightdivestudios, retroism, sidmeier, tommo, tommoinc
All products recommended by Engadget are selected by our editorial team, independent of our parent company. Some of our stories include affiliate links. If you buy something through one of these links, we may earn an affiliate commission.