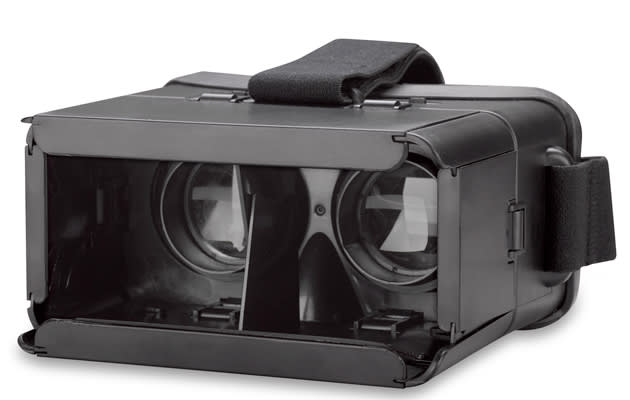 We may not know how much GearVR will cost, but we're reasonably sure that Archos is already trying to undercut Samsung and Oculus head-mounted effort. The French company is busting out the wittily-named Archos VR Headset, a Rift-like device that's compatible with any smartphone that measures between 5 and 6-inches. The kicker here, of course, is that the device will retail for £25 in the UK, roughly converting to $40, which would put it well beneath the - frankly insane - $200 figure an unnamed Samsung official told VentureBeat during New York Fashion Week. If you're interested in trying one out, it'll be available at some point in November, and we hope that the GearVR isn't too far behind.

In this article: Archos, Archos VR Headset, GearVR, Oculus, Oculus Rift, Rift, samsung, VR
All products recommended by Engadget are selected by our editorial team, independent of our parent company. Some of our stories include affiliate links. If you buy something through one of these links, we may earn an affiliate commission.