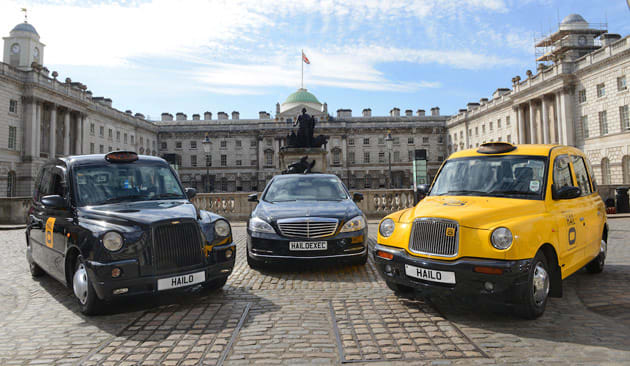 Hailo reported just last week it was pulling out of North America, where it could no longer effectively compete against its rivals. On this side of the pond, however, Hailo's kicking off its third birthday celebrations with the announcement of more positive news. Firstly, the app-fueled cab-hailing service has just launched in Leeds and Liverpool, meaning it's now available in four UK cities -- Hailo started out in London several years ago, before taking a road trip to Manchester earlier this year. Hailo's Android and iOS app has been updated, too, or rather, completely rebuilt. It doesn't look all that different, but has a slightly cleaner, flatter interface. Debuted in Ireland last month, a new feature called "Pay with Hailo" is now live in London as well. While you've always been able to pay for Hailo-flagged cabs through the app, this new feature lets you do the same with a taxi you've hailed on the street (for a 50p surcharge), assuming that driver is registered with Hailo themselves. Under certain circumstances, iPhone users will also be notified when they can use this method of payment as they jump in a cab.

For businesses, Hailo's launched a new web portal called "Hailo Hub," which allows restaurants and similar establishments to book multiple jobs for their customers with different pick-up and drop-off points. Passengers will be kept up to date on the status of their cab via text messages, but there's no way to pay fares centrally, so it's not really ideal for the corporate market. Instead, these passengers will need to have some cash handy. Or they could, of course, use Pay with Hailo if they're taking a trip across London.

Source: Hailo
In this article: cab, hailo, hailohub, mobilepostcross, paywithhailo, taxi, transportation
All products recommended by Engadget are selected by our editorial team, independent of our parent company. Some of our stories include affiliate links. If you buy something through one of these links, we may earn an affiliate commission.