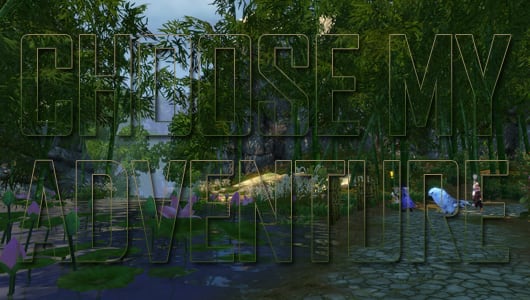 I've spent quite a bit of time in Perfect World Entertainment's Swordsman this month. Thanks to the unique layout of October 2014, Swordsman ended up getting an extra week compared to most Choose My Adventure endeavors. And while I'm ready to move on to the next game, it was nice to have some extended time with Swordsman before sending it to that magic hard drive in the sky. Sometimes a few extra days can give you time to see things in a game you didn't see before.

Swordsman is definitely a game that grows on you. The experience continually improves. If you're willing to stick through the slow opening and limited early experience, there's a pretty interesting game waiting to be discovered.

Putting in the time

Most of the content in Swordsman is level-locked. The first 30 levels or so are essentially a story-driven tutorial. PvP unlocks at 30. Crafting unlocks at 30. Guild quests unlock at 35. Your final discipline specialization doesn't come until 40 (I think). In my conversation with Perfect World a couple of weeks ago, it was made clear that the developers want players focused on instances, PvP, and guild quests. Unfortunately for those players, none of those features is available at any point in the early game (instances unlock at 15, at least). It seems as if you're always waiting for the next thing. 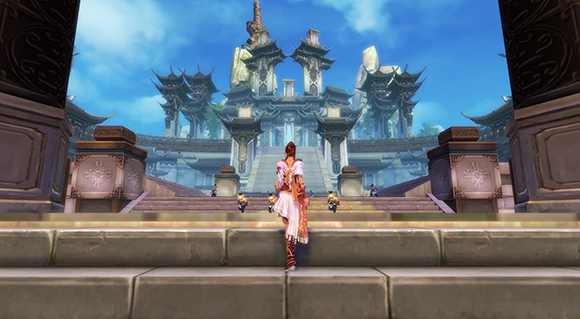 The fundamental problem with Swordsman in its current form is that PWE is asking players to commit too much time on the promise that the game eventually gets more interesting. The line on Swordsman is essentially, "Hey, we know this stuff is boring. Stick around for two more weeks and you'll start having fun." It's kind of a shame because Swordsman actually does pay that promise off as you increase in level. Things really pick up at 25 when you learn your second discipline specialization, and I'm sure PvP (which offers stats-neutral battlegrounds) adds a whole new layer of depth at level 30. There's a competent, pretty, and interesting game at the end of that initial grind.

Here's what I've learned about Swordsman this month: It's definitely worth pushing to level 30 before judging the game. It doesn't take all that long, and the new Gilded Wasteland expansion has re-tuned it to be even faster. At the very least, it's worth hitting 25 to see how your skills grow and what life in instances is like. I have a feeling that Swordsman is one of those games that either clicks or doesn't. Maybe it's the wuxia thing, or maybe it's the grindy design, but hey, it's free to play, so you might as well give it a dive. I can't give it a rousing recommendation, but I can say that there are definitely some folks out there who will like what they see once they conquer the early-game slump.

One of the things that has impressed me most about Swordsman is its insistence on stressing the story. Yes, the narrative is convoluted by the game's rough translation, and yes, the story sometimes intrudes when you're trying to do other things, but it's fun to see a developer focused so heavily on making the player journey memorable. Even though the story is secondary to all the other things Swordsman theoretically has to offer, it's not hard to imagine players pushing through it just to see what happens next. 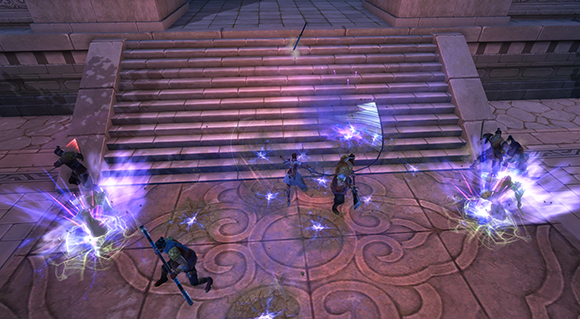 Here are some things I've done in Swordsman as I followed the story path:Swordsman is packed with these little moments that are both over the top and important to the story, which makes it a fun adventure despite most of the quests coming down to killing things in multiples of two. It's not breaking down any existing MMORPG barriers, and I doubt anyone would call it revolutionary, but it's definitely unique. 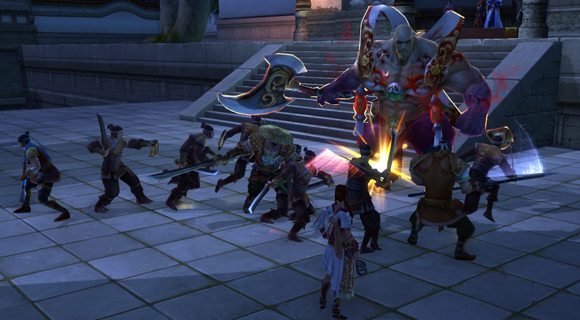 I also managed to make my way into an instance this week (thanks to the advice of a commenter) and found that experience to be much more dynamic and engaging than the questing combat scenarios. There were more people to fight and more things happening at once. Plus, dodging became important for the first time since I learned the skills weeks ago. The final boss of the instance I ran wasn't too tough to topple, but he definitely required a more active approach to fighting than a lot of the smaller skirmishes I have seen before. From what I saw of the high-end instances in my Gilded Wasteland preview, Swordsman PvE is definitely best when experienced with a group and in a dungeon.

And that's that when it comes to Swordsman. It's very much a Perfect World game: quirky characters, pretty design, and a nonsensical story arc that borrows from all the most fun types of stories wrapped in a competent grind painted with a specific theme. I will note that the game's being free-to-play at no point hindered or harmed my experience. I'm not sure how things get later on in Swordsman, but there never seemed to be a scenario where pumping money into the game was necessary or demanded. 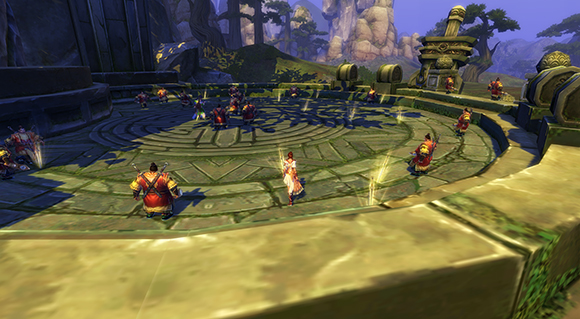 There's one more Swordsman stream on deck this week. On Thursday, October 30th, I'll be hopping on a max-level character and plowing through some of the game's late-game content. If you want to see where your character is going (and what the new expansion has to offer), join me on Massively's Twitch channel at 7:00 p.m. EDT.

As for next month, the jury is still out. I know we're playing an MMORPG. I do not know which MMORPG it will be. Suggestions are welcome in the comments; feel free to email me at mike@massively.com.

Mike Foster is putting you in the driving seat of Choose My Adventure, the Massively column in which you make the rules, call the shots, and take the blame when things go horribly awry. Stop by every Wednesday to help Mike as he explores the ins and outs of games big and small and to see what happens when one man tries to take on a world of online games armed only with a solar keyboard and the power of spellcheck.
In this article: china, choose-my-adventure, cma, f2p, featured, free-to-play, freemium, hands-on, martial-arts, microtransaction, microtransactions, opinion, perfect-world, perfect-world-entertainment, poll, polls, premium, pwe, readers-choice, swordsman, swordsman-online, vote, voting, wuxia
All products recommended by Engadget are selected by our editorial team, independent of our parent company. Some of our stories include affiliate links. If you buy something through one of these links, we may earn an affiliate commission.