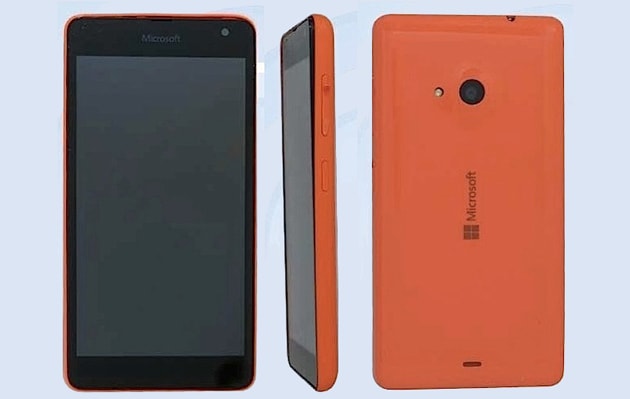 If we're honest, Microsoft's RM-1090 doesn't look like a device that's destined to pop up on future trivia quizzes. Yet, when you're asked "Which smartphone was the first to carry Microsoft's branding?" it's this slab that you'll have to remember. The dual-SIM handset has popped up at both the FCC and its Chinese equivalent, packing a 5-inch qHD display and 3G-only radios, so it's clearly a low-budget device. Still, the vertical stripe running down the back is just as we'd expected, although it's still surprising to see the Microsoft logo beneath the earpiece instead of good ol' Nokia. Since the handset has now popped up at the regulators, we can expect it to hit stores sooner rather than later, if you're looking for a piece of technology history, at least.

Via: Engadget Chinese
Source: TENAA, FCC
In this article: FCC, microsoft, mobilepostcross, nokia, RM-1090, TENAA, Windows Phone
All products recommended by Engadget are selected by our editorial team, independent of our parent company. Some of our stories include affiliate links. If you buy something through one of these links, we may earn an affiliate commission.