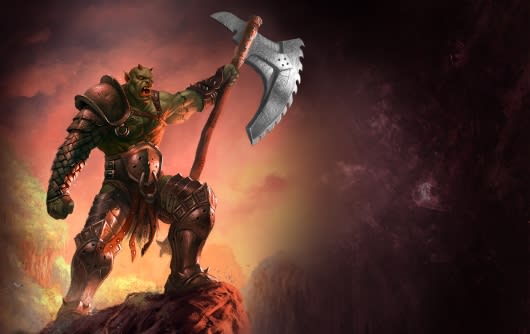 A major announcement has been sounded on the HEX forums: No longer will potential players need a beta key to test the game, as that requirement has been dropped as of last week.

Cryptozoic claims that this move doesn't signify that the game is in open beta, but merely a way to draw in even more people than ever before. "I bet you're asking yourself why not just call it open beta?," the team posted. "Well, we're not ready to call it open beta. However, we've reached a point in our testing where we needed to increase the volume of players on our servers to provide us with additional information and logs."

Splitting hairs over semantics aside, now everyone can check out this unique trading card MMO if so desired. There doesn't appear to be any NDA restriction either, as the devs have encouraged players to stream the game.
Source: Beta keys no longer required
Coverage: HEX
In this article: beta, beta-keys, beta-keys-are-easier-than-destroying-all-of-your-enemies, cryptozoic, cryptozoic-studios, hex, mmotcg, open-beta, tcg, trading-card-game
All products recommended by Engadget are selected by our editorial team, independent of our parent company. Some of our stories include affiliate links. If you buy something through one of these links, we may earn an affiliate commission.