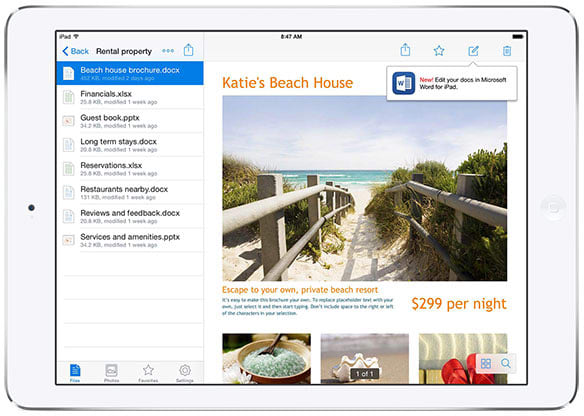 Microsoft would just love it if you used OneDrive for all your document storage needs, but let's face it: loyalties to rival cloud services run deep. That's why, in the spirit of compromise (or acknowledging user demand), the folks in Redmond have inked a curious deal with Dropbox. Over the coming weeks, you'll be able to access your Dropbox files from your Microsoft Office apps, and edit those Office documents from within the Dropbox mobile app. That's just the tip of the iceberg, too, as Dropbox is working on connecting its website to Microsoft's Office Online tools and prepping a Dropbox Windows Phone app for a launch within the next few months. It might seem a little odd for Microsoft to so openly embrace an apparent rival, but the company can't deny the facts. Dropbox currently has over 200 million users dumping their files into accounts all the time, and Microsoft isn't trying to beat them over their heads with word of OneDrive's superiority this time. No, it's meeting people on their cloud-based doorsteps with a terribly useful feature, and it just might win some new fans because of it.

Source: Dropbox Blog
Coverage: The Verge
In this article: cloud, dropbox, microsoft, office, onedrive, storage
All products recommended by Engadget are selected by our editorial team, independent of our parent company. Some of our stories include affiliate links. If you buy something through one of these links, we may earn an affiliate commission.