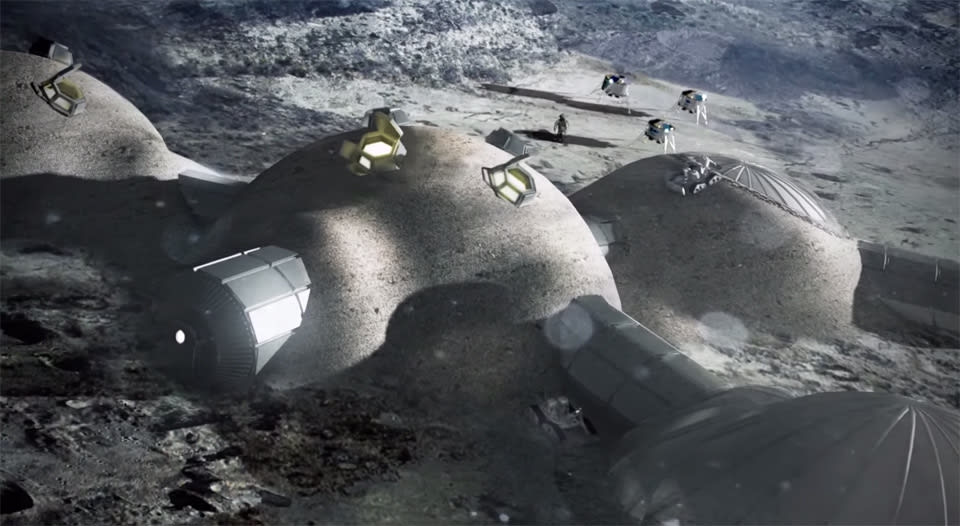 Did the European Space Agency's concept of a 3D-printed moon base seem too outlandish? Don't worry -- the institution has just posted a video (below) that sheds more light on the subject. The colonization mission would revolve around a robotic rover that converts moon dust into a 3D-printed protective layer for an inflatable habitat; after three months, the living space would be safe enough for human settlers. It'd even have windows to provide some natural lighting. This is just a research exercise at present -- it'll likely be years before the ESA can put a base like this on lunar soil. Still, it's clear that the agency's vision of extraterrestrial colonization is more than just a passing fancy.

Via: CNET
Source: European Space Agency (YouTube)
In this article: 3dprinter, 3dprinting, bigpicture, esa, europeanspaceagency, moon, regolith, space, thebigpicture, video
All products recommended by Engadget are selected by our editorial team, independent of our parent company. Some of our stories include affiliate links. If you buy something through one of these links, we may earn an affiliate commission.