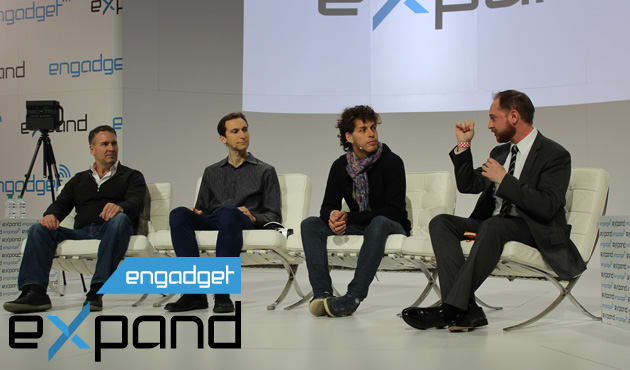 With devices like the Oculus Rift and Sony's Project Morpheus driving the public's interest in virtual reality, it's easy assume the future of VR lies in video games. It's a safe prediction, but it isn't right: "It's a broad category," Matterport's Matt Bell said at Engadget Expand. "I think it's going to go in about ten directions at once." Bell compares the future of VR to the history of the internet -- in the early days, we had no idea how pervasive the technology would become. Now it's wormed its way into every aspect of our lives. Bell isn't alone in his optimism: LindenLab's Ebbe Altberg and BeAnotherLab's Marte Roel joined us in New York City to talk about the future of VR beyond gaming.

All three of the entrepreneurs have wildly different takes on how to use VR -- Bell's Matterport 3D camera strives to capture the physical world and make it virtual; Altberg's vision for Linden Lab and Second Life is to create a platform for creating new experiences within virtual spaces. Roel's goals are even further reaching: with projects like the Gender Swap Experiment, he hopes to use VR to help humans get along better. "If you can better understand the other you can better understand yourself," he says. "We're even applying it for conflict resolutions with partners in the United Nations and other key people."

Despite the differences in the companies approach to VR, none of them were willing to actively claim they had found the technology's "true calling," as it were -- the virtual reality has too much potential to be limited to one major use case. "When people ask what's the killer app," Altberg explains, "well, there's going to be lots of killer apps. I think of VR as a horizontal thing that you'll be able to apply to almost anything." That future isn't here yet, but it's coming - and men like Roel, Bell and Altberg are helping make to make it a reality. Check out the video above to watch the full panel.

In this article: expandny, Oculus Rift, virtualreality, vr
All products recommended by Engadget are selected by our editorial team, independent of our parent company. Some of our stories include affiliate links. If you buy something through one of these links, we may earn an affiliate commission.