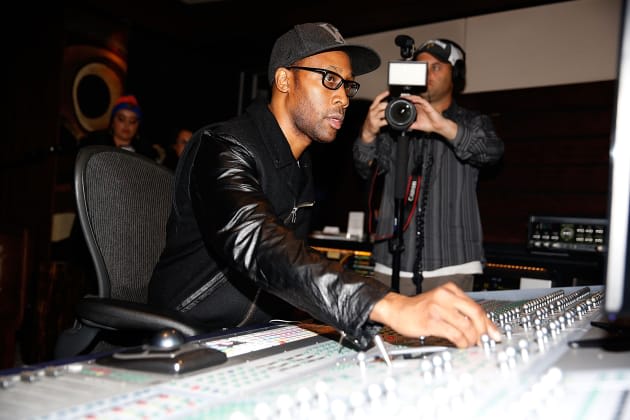 Back in October, RZA of the Wu-Tang Clan revealed that the group's upcoming album A Better Tomorrow (no, not that one) would be released ahead of its official December 2nd date on a Bluetooth speaker. Of course, that early option was limited to a few thousand units from Boombotix and emblazoned with the iconic W branding. But why a speaker? Box sets and the like are popular options for die-hard fans to shell out a little extra dough on a new release, but this is certainly a rather unique undertaking. RZA knows this, and he explained late last week why he did it.

With the rise in digital music sales and streaming services, we don't really possess our music anymore. Gone are the days of perusing the music store and futzing with a CD case to get at the disc and its artwork. RZA sees releasing a record on a Bluetooth speaker as a way to get back to that time. "The tangibility of having this music in your hands," he says, is a key reason for opting to preorder rather than wait for the official release date. He also sees it as a new method of distribution that benefits not only the artist, but also retailers and listeners. "This is considered a new revenue stream. Some artists can't sell 10,000 records, but selling 10,000 units is just another way to sell your music," he explains. 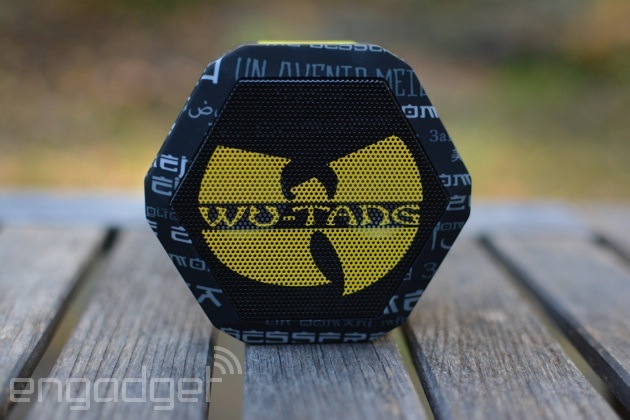 There's the exclusive content part of it as well. Preorder devices pack in tracks that won't be available as part of the upcoming list. Similar to how some artists reward listeners for buying an album ahead of its launch date with bonus material, there's stuff loaded onto the Boombot Rex that won't be included elsewhere. Of course, this is much more interactive than those box sets, which RZA adds is another perk. You can play the music immediately when you leave the store, without having to wait until you get to a stereo or load it on your phone to get it going. Boombotix is working on other similar releases in the future, and the company says offering exclusive content will always be part of the collaborative efforts.

"This is considered a new revenue stream. Some artists can't sell 10,000 records, but selling 10,000 units is just another way to sell your music."

And the sound is important, too. RZA describes how the sound quality of the Rex and the portability afforded by its compact stature were two things that helped him choose Boombotix. Of course, there was the need to embed the music inside as well, which Boombotix says they had to figure out in a two-month window. When asked about so many artists jumping into tech these days, RZA says it's a pretty natural fit. "It's part of our world. Music is still part of life. We're going to have to always find a way to be involved with it," he remarks. He says he saw the Rex as a solid opportunity to bring back some of that tangibility. 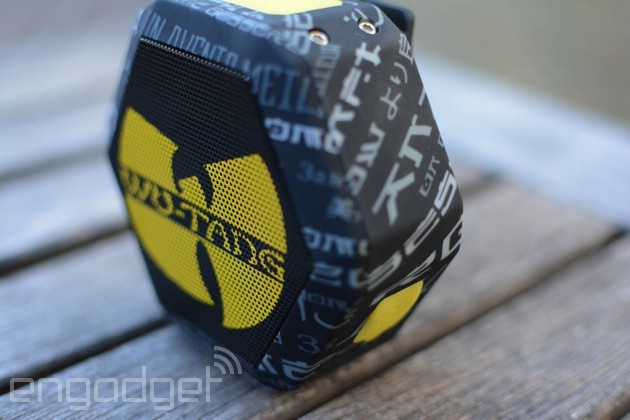 "We definitely have some ideas on how to merge technology and the music industry in the next few months, even years," says Boombotix VP of Marketing Mustafa Shaikh. Unfortunately, he's not offering much more detail on what's in the works, but we should be seeing the next installment in the spring. But what about leaks? As I've mentioned before, a lucky few received the album embedded on the Rex ahead of the official release date elsewhere. Shaikh says that proper precautions were taken to ensure that the files were inaccessible, and that recording the songs playing through the speaker with an external mic of some sort would be the only means of obtaining them. Of course, quality would take a massive hit, so there's little incentive to do so.

Artists are continually taking new routes to get their music in the hands of listeners, and some are working better than others. U2 recently gave its new album away to iPhone users by automatically sending it to their iTunes accounts. Even though it was free, having an unwanted smattering of tracks show up on your phone was a headache for a lot of folks. RZA has some thoughts on that too, including what it means in terms of privacy and the music industry as a whole. "To give it away curses the entire industry; it's not a model I can see them continuing," he says.

It seems that this unusual method of distribution has been popular though, as the 3,000 units in this first edition were nabbed in no time. Boombotix is already planning on another run of the Wu-Tang speaker that's set to hit shelves in January in a wider release.

In this article: abettertomorrow, boombotix, boombotrex, music, rza, speaker, speakers, wu-tang, wu-tangclan, wutang, wutangclan
All products recommended by Engadget are selected by our editorial team, independent of our parent company. Some of our stories include affiliate links. If you buy something through one of these links, we may earn an affiliate commission.