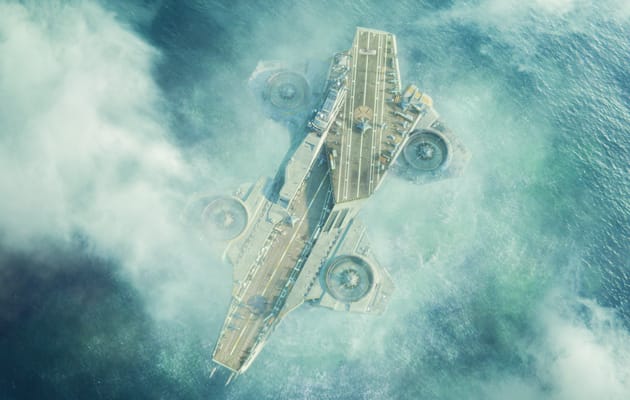 DARPA's mission is to look at insane concepts from science fiction and ask if they'd work in real life, and it's clear that the agency's staffers have recently gone back to playing StarCraft. Drones, you see, are small and don't require a pilot, but can't quickly cover long distances like a manned fighter jet. Imagine then, a flying airbase that could drop a legion of drones close to their target and swoop them up in a manner similar to the Protoss Carrier from the aforementioned video game. That's the project that DARPA is hoping you'll all help out on, and has put out a request for information from anyone with the technical, security and business brains to help bring the concept into reality. For now, the request envisages using a large bomber plane as the carrier, like a B-52 or C-130, but it's entirely plausible that as technology marches on, floating platforms could become involved. Oh, and before you ask, we have already sent the agency the footage of both Flite Test's homemade helicarrier and a copy of The Avengers on DVD.

Via: Washington Post
Source: DARPA, (2)
In this article: Airbase, B-52, Cloudbase, DARPA, Drone, Helicarrier
All products recommended by Engadget are selected by our editorial team, independent of our parent company. Some of our stories include affiliate links. If you buy something through one of these links, we may earn an affiliate commission.