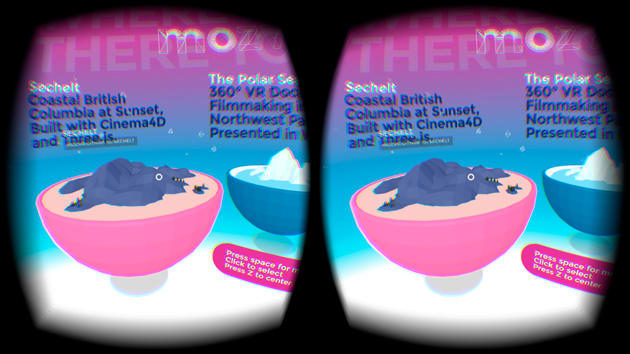 As you might imagine, most websites aren't designed for virtual reality; bob your head around and you'll only look silly. Mozilla clearly isn't happy with that lack of immersion, as it just launched MozVR.com to foster VR-native sites. The page lets Oculus Rift owners browse technology demos (in a Rift-friendly interface, naturally) that show off what VR can do on the web, such as a flyover of British Columbia or a 360-degree documentary. And if you want to build one of these experiences yourself, you'll get a helping hand -- Mozilla is sharing the code, tools and tutorials for its own front end. It'll probably be a long, long while (if ever) before you're regularly surfing the web with goggles on, but this may get the ball rolling.

Source: MozVR.com
In this article: display, internet, mozilla, oculusrift, virtualreality, vr, wearable, web, webgl, webvr
All products recommended by Engadget are selected by our editorial team, independent of our parent company. Some of our stories include affiliate links. If you buy something through one of these links, we may earn an affiliate commission.