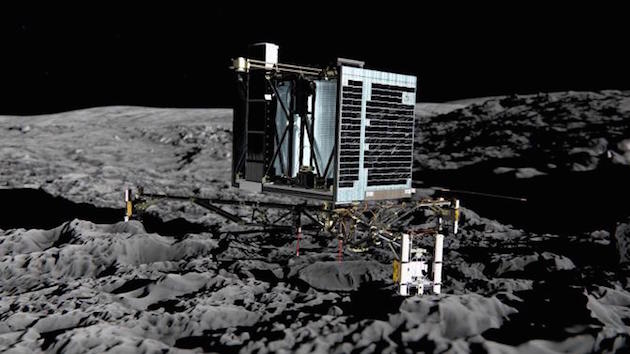 After being launched nearly 10 years ago, the ESA's Rosetta mission is about to reach a major milestone -- and you'll be able to watch as it all unfolds. Over the next few hours, NASA will be live-streaming the mission's attempt at putting its Philae lander on comet 67P/Churyumov-Gerasimenko (say that 10 times fast). The space agency revealed this event would be happening a couple months ago, as it looks to send the 67-pound lander to drill into the comet's surface, learn more about its composition and, subsequently, send that information back to earth. It's also going to be the first time ever any images are captured from the surface of a comet, so you probably shouldn't miss that. The ESA expects the landing to take place at around 11:02AM ET tomorrow (November 12th), which means you still have plenty of time to invite friends over for a viewing party, if you're into that sort of thing.

Via: The Verge
Source: ESA
Coverage: NASA
In this article: Comet, Comet Landing, ESA, European Space Agency, EuropeanSpaceAgency, NASA, Rosetta, Space
All products recommended by Engadget are selected by our editorial team, independent of our parent company. Some of our stories include affiliate links. If you buy something through one of these links, we may earn an affiliate commission.