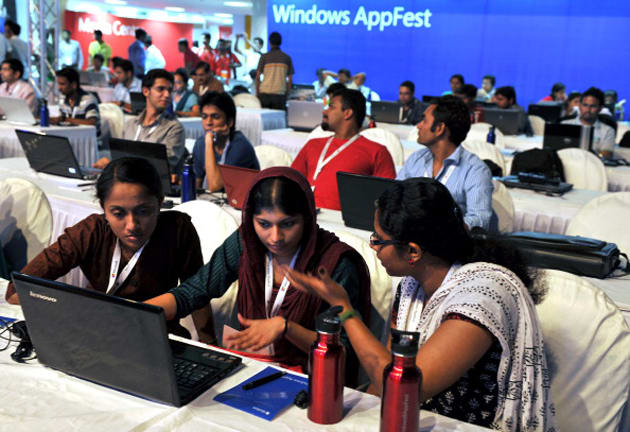 Microsoft has opened up a lot over the past several months. It released powerful mobile versions of Office, launched cross-platform health technology and even posted some code for .NET, the programming framework that underpins a large part of the Windows world. Today, though, the crew in Redmond is going one step further. It's open-sourcing a much larger web- and server-oriented chunk of the .NET development stack, and has revealed plans to bring an important part of that stack (.NET Core) to both Linux and the Mac in the months ahead. Yes, you read that correctly -- code that Microsoft once held extremely close to the vest will soon run on most modern operating systems.

The release omits parts needed for the user-facing side of things, including the Windows Presentation Foundation that handles interface and document features, so many .NET apps and services will either need major changes or won't run at all. Also, there are plenty of Windows apps that depend on other frameworks. You're probably not going to see a ton of converted Windows software running on your MacBook or Linux box, then. However, the expansion should make it decidedly easier for studios to write web apps that run on servers on numerous platforms -- they won't have to lean on the usual run-anywhere technology (like Java) or otherwise jump through hoops to get things working properly.

Via: Mohamed Mansour (Google+)
Source: .NET Foundation, Somasegar Blog
Coverage: Scott Hanselman, ZDNet
In this article: .net, .netcore, dotnet, dotnetcore, internet, java, linux, mac, microsoft, opensource, osx, web, windows
All products recommended by Engadget are selected by our editorial team, independent of our parent company. Some of our stories include affiliate links. If you buy something through one of these links, we may earn an affiliate commission.