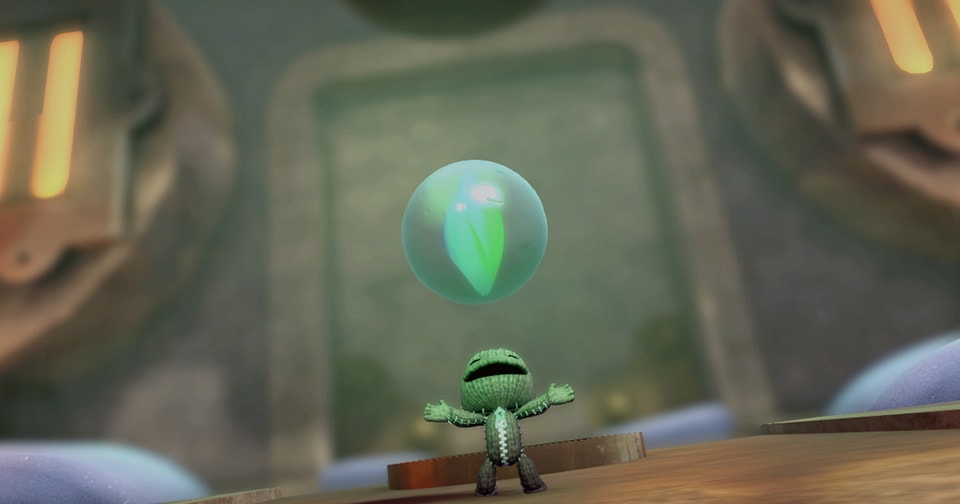 There's a moment in LittleBigPlanet 3 where Hugh Laurie's villainous Newton, an effete British lightbulb with an egg timer built into his bowler hat, faces down his conscience, berating him with his greatest fear: that nothing he creates will ever be good enough, has never been good enough. It's a fear that LittleBigPlanet players will be familiar with, given the creative possibilities presented by the series. The feeling is more pronounced this time around, and the overwhelming diabolical genius at work in LittleBigPlanet 3 is almost a cause for alarm.

The first and second games in the series felt like a toy box, with developer Media Molecule providing about 3 or 4 hours of examples of how it could be utilized. In contrast,LittleBigPlanet 3, now helmed by Sumo Digital, is the first to feel like the pre-formed game at its core is meant to be a showstopper, an abundant showcase of greatness, a dare to the player to push the envelope even further. Lucky for us, for those who decide to rise to the challenge, they have never made creation easier or more satisfying than it is now.

Source: Joystiq
In this article: hdpostcross, joystiqreview, littlebigplanet3, playstation4, ps4, review, scea, sony, sumodigital
All products recommended by Engadget are selected by our editorial team, independent of our parent company. Some of our stories include affiliate links. If you buy something through one of these links, we may earn an affiliate commission.