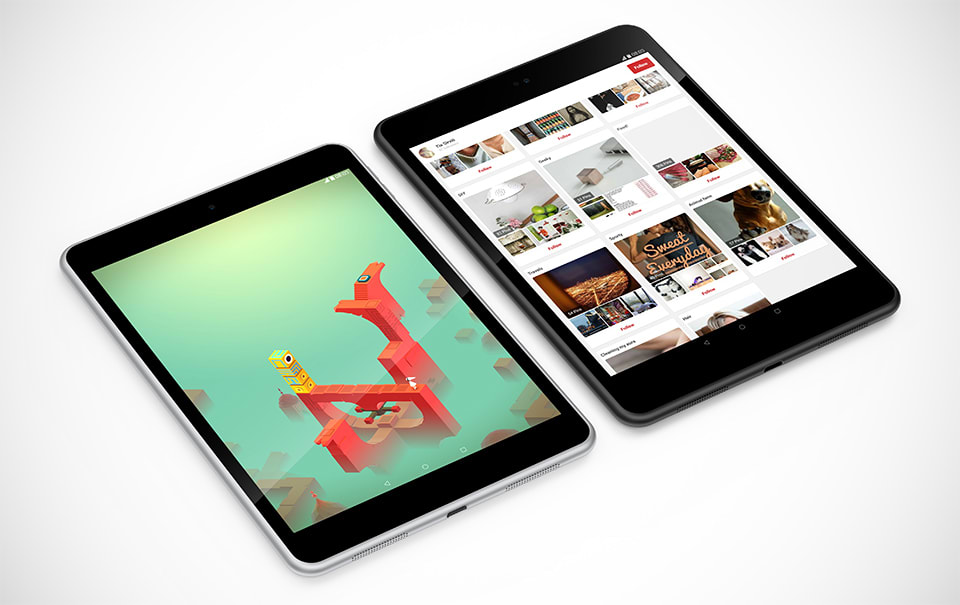 Rumors of Nokia's demise have been greatly exaggerated. Its lineup might seem empty now that it's relinquished control of its Lumia smartphones to a lumbering giant and gave up on those low-cost Asha devices earlier this year, but that doesn't mean the company's done crafting consumer gadgets just yet. Now Nokia's trying to revive its once-titanic consumer brand, starting with something a little... unorthodox. Meet the Nokia N1: a 7.9-inch Android tablet running some Nokia software that looks like a giant iPhone. It'll cost you $250 when it launches, but it's slated to land in China first in time for Chinese New Year (that's February 19, 2015) with a release in Russia to follow soon after.

Yeah, we didn't expect any of that either.

The last time Nokia ventured into tablet territory, it churned out the Lumia 2520, a respectable (if unrepentantly plasticky) slate as far as Windows RT devices went. With the WiFI-only N1, Nokia ran clear in the opposite direction -- its rounded chassis is milled from a single block of aluminum, and is highly, highly reminiscent of an iPad mini.

Don't believe me? Take a quick look at the slideshow above -- the placement of the 8-megapixel rear and 5-megapixel front cameras, the reversible USB Type-C port (no micro-USB here), the twin set of speakers and some familiar-looking volume buttons all scream Cupertino. With its 6.9mm waistline, the N1 is actually a little slimmer than an iPad mini 3, but the differences really become pronounced once you take a peek within. There's a 64-bit 2.4GHz quad-core Intel Atom Z3580 paired with 2GB of RAM thrumming away in there, and 32GB of storage for all your digital effluvia. All things considered, the N1 would just be another handsome Android tablet if it weren't for what Nokia has loaded onto it.

The N1 runs Android 5.0 out of the box, but Nokia has painted over Lollipop with its own homebrew Z Launcher -- a little project the company has grown strangely fond of. Haven't heard of it? Z Launcher has been in private beta since it popped its head out of the company's Technologies division this past summer, but its raison d'être might sound familiar anyway. The launcher quietly keeps tabs on the apps and actions you rely on most frequently, and once you use them enough, they'll slowly bubble to the top of a list that lives on your home screen. No widgets, no cruft; just your most-used bits where you can get to them easily.

What Nokia's really proud of is the fact that you can scribble letters on the screen to quickly pull up apps that haven't surface on the list yet. I've been playing with a near-production build on a series of Android phones for the past few days, and it's surprisingly pleasant -- the letter recognition is snappy enough on my Nexus 5, and if you're feeling particularly bored, you can scrawl out Google search queries one letter at a time. Curious for a taste before the N1 hits store shelves? Wunderbar: The final version of Z Launcher will go live in the Google Play store shortly, complete with support for rooted devices. Don't let anyone tell you that complaining loudly won't get you what you want.

The N1 is a curious little beast, a chimaera of sorts infused with DNA from Nokia, Google and Apple (even though Nokia would probably deny that last one). We're not sure if Nokia can move the needle in a crazy-competitive tablet market, but there is one thing we're sure of: We can't wait to try this thing out.

Source: Nokia
In this article: android, launcher, lollipop, mobilepostcross, nokia, tablet
All products recommended by Engadget are selected by our editorial team, independent of our parent company. Some of our stories include affiliate links. If you buy something through one of these links, we may earn an affiliate commission.