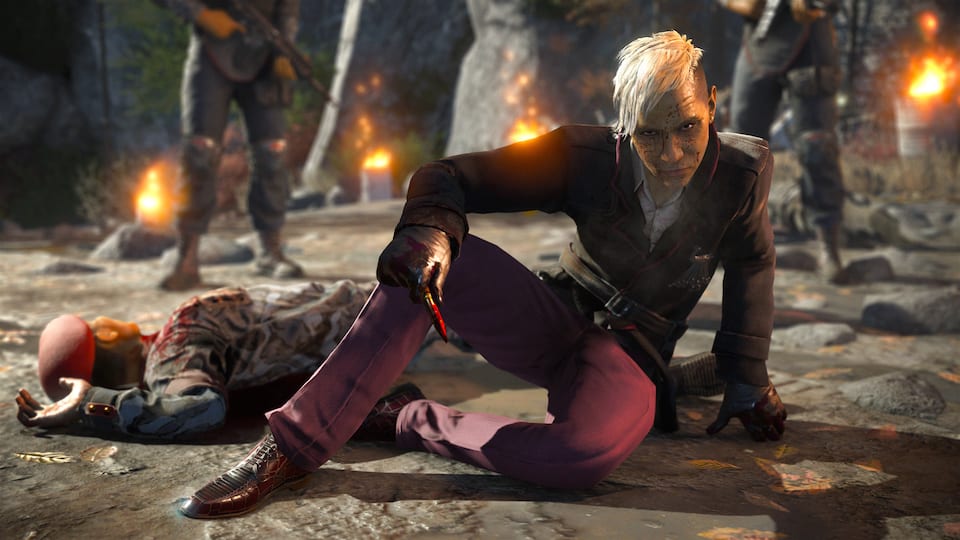 The Far Cry series has long held a reputation as the thinking man's shooter, sidestepping the traditional run-and-gun play of a Halo or Call of Duty and offering freedom to approach a scenario from a few different avenues. After the debut game, the narrative became more ambitious, too, asking the player oft uncomfortable questions over the course of each campaign -- with 2008's Far Cry 2 standing out in particular. That brings us to Far Cry 4's wildly new open-world setting that replaces series-typical jungles with the Himalayas, and trades Far Cry 3's psychopath antagonist for the purple-loving despot pictured above, Pagan Min. Given the troubles with Assassin's Creed Unity, however, you might be curious how publisher Ubisoft's other big game of the season fares. Well, come back here at 7 p.m. Eastern / 4 p.m. Pacific and find out as we livestream the game on PlayStation 4 and try to ride a few elephants in the process.

[For the record, I'm playing Far Cry 4 on a PlayStation 4, using a retail copy (disc) provided by Ubisoft. I'm streaming the game over wired internet using Elgato's Game Capture HD hardware and software. All that to say, "This game will likely look prettier and run more smoothly on your home equipment. Streaming conditions vary!"]

Watch live video from Engadget on Twitch
Source: Twitch
In this article: farcry4, gaming, hd, hdpostcross, playdate, ps4, streaming, twitch, Ubisoft
All products recommended by Engadget are selected by our editorial team, independent of our parent company. Some of our stories include affiliate links. If you buy something through one of these links, we may earn an affiliate commission.