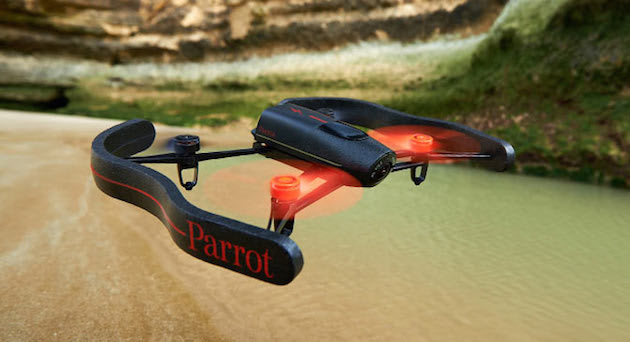 When Parrot told us a few months ago that its Bebop Drone would arrive "later this year," we couldn't have imagined it would be this late in 2014. Regardless, chances are this won't stop UAV aficionados from shelling out cash for Parrort's new super lightweight, VR-friendly drone when it hits shelves next month starting at $500. To give you a refresher, the Bebop features a 14-megapixel, 1080p camera with a fisheye lens capable of capturing a 180-degree view, 8GB of onboard flash storage and a featherweight frame that, according to Parrot, is quite robust and safe. What's more, with the $900 SkyController edition, the Bebop Drone's range can be extended to 2 kilometers and also be paired with virtual reality headsets, such as the Oculus Rift -- which, among other things, lets you control camera angles from afar. Both models will be available at Apple and Best Buy stores in December. 21
Via: TechCrunch
Source: Parrot
In this article: Bebop, Bebop Drone, BebopDrone, Drone, Drones, Parrot, Parrot Bebop, Parrot Bebop Drone
All products recommended by Engadget are selected by our editorial team, independent of our parent company. Some of our stories include affiliate links. If you buy something through one of these links, we may earn an affiliate commission.