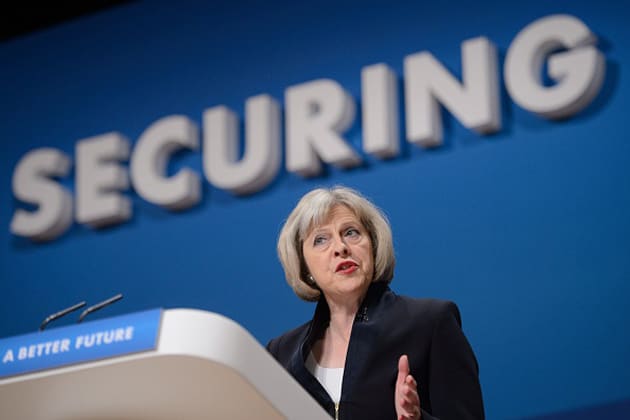 The British government isn't letting up on its desire to track internet activity in the name of fighting terrorism. UK Home Secretary Theresa May is proposing a bill that would require internet providers to keep tabs on who's using a given internet protocol (IP) address and hand it over to the police, who could theoretically use it to hunt down suspects. Full details aren't available yet, but there would be some accountability involved. Police would have to get permission before collecting IP address info, and there would be documentation showing both when and why they needed that data.

The potential law is more respectful of privacy than the failed Communication Data Bill, which would have required that telecoms keep data about conversations and social network updates for a year. However, there are still concerns that it could reveal too much about people's internet activity, such as their whereabouts and what they were likely doing at a given time. There are also some major technical flaws, to boot. It's easy to mask your IP address through various techniques, such as connecting through a virtual private network -- the measure would only catch criminals who aren't smart enough to hide their tracks. Although this legislation won't necessarily face as much opposition as its predecessor, May could still have a big fight on her hands.

Via: Wall Street Journal
Source: BBC
In this article: internet, InternetServiceProvider, ipaddress, isp, law, privacy, surveillance, theresamay
All products recommended by Engadget are selected by our editorial team, independent of our parent company. Some of our stories include affiliate links. If you buy something through one of these links, we may earn an affiliate commission.