Yubico is making it easier for businesses to buy its YubiKeys

Microsoft launches a Q&A site to replace MSDN and TechNet 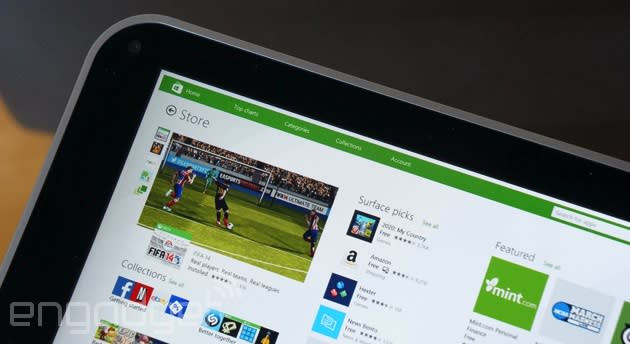 If you use a Windows 8 PC, you've probably noticed that the Windows Store is built for home use; you'll find serious tools like Office, but it's not really meant for work. That's going to change in a big, big way with Windows 10. Microsoft has revealed that its future software will let your workplace offer a customized version of the Windows Store that includes both in-house apps and approved public apps. Your IT managers will have a much easier time behind the scenes, too -- they'll have a web-based tool that lets them easily assign apps and manage updates. No, you probably won't get to install games on your office PC, but this means that your company is less likely to cling to an ancient version of Windows just because it wants more control over the tools you use. If nothing else, it'll make the daily grind a little more bearable.

In this article: enterprise, microsoft, software, windows, windows10, windowsstore, work
All products recommended by Engadget are selected by our editorial team, independent of our parent company. Some of our stories include affiliate links. If you buy something through one of these links, we may earn an affiliate commission.