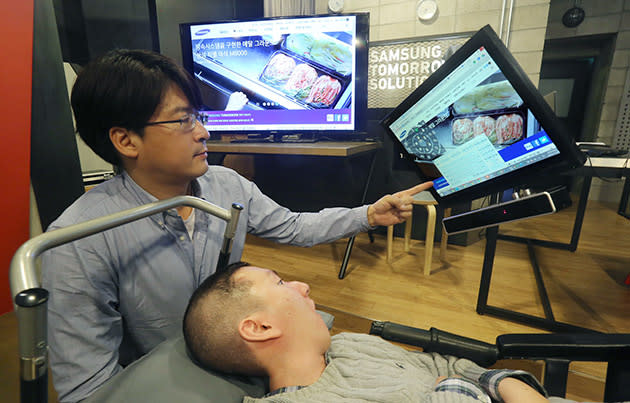 Samsung has just unveiled the EyeCan+, a next-gen version of its eye-tracking mouse. Positioned below a monitor, it helps people with disabilities write and edit documents or surf the web using eye movement and blinking. Created as a a labor of love by Samsung engineers on their own time, the new version has major improvements over the original 2012 model, largely thanks to quadriplegic grad student Hyung-Jin Shin. Through 17 months of extensive use, he helped the team refine the UI to make it as easy to use as possible. Though it won't take the EyeCan+ to market, Samsung will build a limited number for charity organizations. As before, it will also create open-source documents for the design and software, letting any individual or company commercialize it.

In this article: disabled, Eye-tracking, Eyecan, Eyecan+, mouse, samsung
All products recommended by Engadget are selected by our editorial team, independent of our parent company. Some of our stories include affiliate links. If you buy something through one of these links, we may earn an affiliate commission.