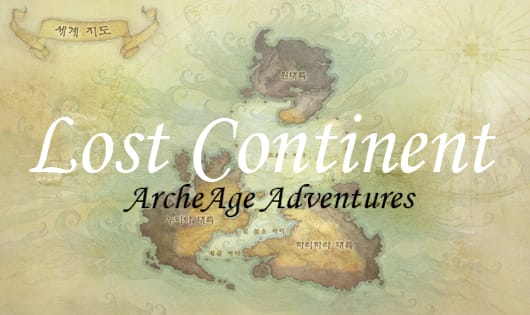 It's kinda silly, but I feel like giving up on ArcheAge. It's silly because the game launched in mid-September and we're currently in November. The fantasy sandpark does have more than it's share of problems, but logically I know that it's way, way too early to start piling dirt on its imaginary corpse.

That said, there are so many MMOs clamoring for my attention nowadays that the idea of being patient with one of them is almost laughable. I'm not alone here, either, as many gamers I know look for the first available reason to leave an MMO and cross it off their to-do list, simply because they're wired to complete tasks and the ginormous glut of games long ago passed the point of overwhelming. 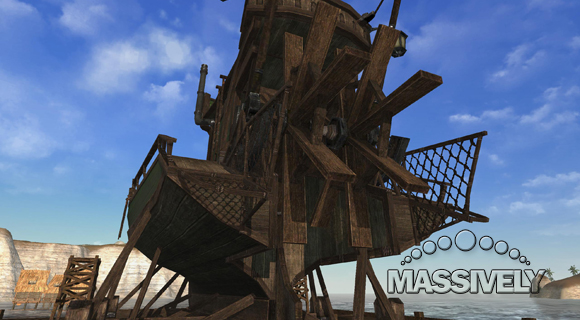 I don't know how many people have already given up on ArcheAge, since Trion's PR is allergic to numbers other than the meaningless registered-accounts variety. It sure seems like a lot are leaving, though, because most of the internet commentary I see is a variation on the I-quit post. Oh, and there's a lot of property coming available, too, which is about as direct a measure of player retention as we'll see in this game.

That said, ArcheAge could in fact be doing well financially, at least from Trion's perspective. I don't know if it is or it isn't, and neither do you. Trion seems to be spending most of its time and resources on the cash shop, though, so I imagine this particular publishing deal is working out pretty well for it. 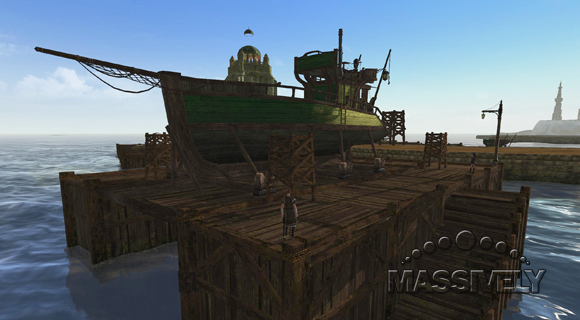 Finances aside, you can't judge ArcheAge using the same criteria you used for Guild Wars 2, Elder Scrolls Online, or any other linear themepark. The game is simply different. ArcheAge has more systems than its peers and requires more balancing work on account of the way players affect each other through those systems, so expecting developers to iron out all the issues in a couple of months is unrealistic. In other words, duh, sandboxes are harder to make than themeparks.

The last triple-A MMORPG that released with a feature set as ambitious as ArcheAge's was Star Wars: Galaxies. This happened in June of 2003, and if you weren't around back then, know that SOE's sci-fi sandbox was well and truly broken for over a year after its launch. My server, Starsider, routinely went down for hours during the summer of 2003. Many of the game's 32 professions had bugged skills, useless skills, and skills that simply didn't work at all. I could go on, or you can just trust me when I -- a huge fan of the game -- say that it was a mess.

And yet, the game was ultimately successful to the point that it ran for over eight years and served as both creative canvas and memory-maker for hundreds of thousands of players who are still (loudly) looking for an adequate replacement. How did that happen? Some say it was the IP, but as a fan of said IP and as someone who loathed SWG's complete and total bastardization of it, I say it happened because people loved the game and its mechanics enough to weather the faults, stick with it, and help it improve. 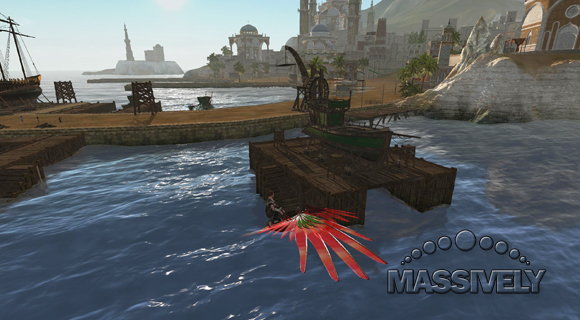 I see some of you shaking your heads. "No, Jef, you're wrong. Times have changed, tech has improved, and there's just no reason that a pro dev team can't launch a feature-rich game like ArcheAge without all of these problems in 2014." While I agree that times have changed, that has only served to make MMO development -- and especially sandbox MMO development -- that much harder.

SWG was a niche game in a niche genre when it launched in 2003. SOE had time to work the kinks out and eventually deliver a kickass sandbox experience because it didn't have gabillions of players beating down its server doors, crying on Reddit, or exploiting the crap out of every possible hole in the code. It also didn't have the free-to-play albatross, which ensured that those players who were beating down the doors actually cared enough about the game to spend time and money on it.

Regardless, there was a similar amount of discontent regarding 2003-era SWG as there is regarding 2014-era ArcheAge. Back then, the alternatives to SWG could be counted on one finger, where that one finger was Ultima Online. Sadly, that's still the case today with ArcheAge. Even though there are thousands more MMOs to choose from, few if any of them bother to acknowledge their virtual world roots and instead exist to make a quick combat-focused buck.

And yet here I am being extremely impatient with ArcheAge when common sense and historical perspective tells me that I should be more patient! 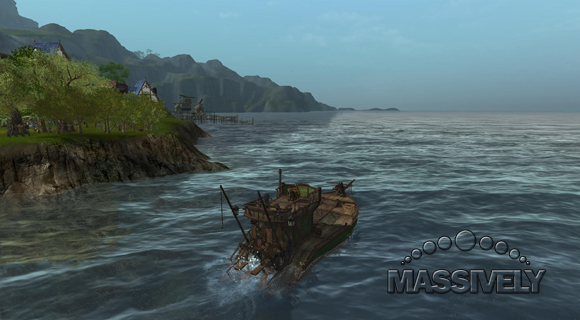 Look, I know ArcheAge needs to improve dramatically, and I'm certainly not above ranting about the lack of said improvement. Also, I die a little inside every time a Trion bigwig comes out with some sort of it's-not-as-bad-as-it-looks soundbyte. But the way the game is being dismissed and declared dead two months into its life is both silly and sad. It's simply too early to know how a title with these design parameters is going to pan out, so those claiming that ArcheAge has "failed" are doing so out of ignorance and emotion rather than experience and logic.

Ultimately sandboxes, sandparks, and virtual worlds are for the driven and the patient, those who stop to smell the roses. They're wasted on gamehoppers who constantly flit from one big combat lobby to the next.

Because of its free-to-play business model and its triple-A production values, ArcheAge briefly blipped across the gamehopper radar. Now that its time as The Next Big MMO is mercifully over, I'm waiting for XL and Trion to settle down and correct the game's many and obvious shortcomings. I'm not really expecting them to, mind you, both because the former has moved on to Civilization Online while the latter is content to milk subscribers with its obnoxiously intrusive cash shop. I have to be hopeful, though, because unfortunately those of us who like ArcheAge-style features are basically stuck with ArcheAge.

Jef Reahard is an ArcheAge early adopter as well as the creator of Massively's Lost Continent column. It chronicles one man's journey through XLGAMES' fantasy sandpark while examining PvE, PvP, roleplay, and beyond. Suggestions welcome at jef@massively.com.
In this article: aa, archeage, archeage-rant, classic-mmo, column, featured, galaxies, gamehoppers, impatient, jake-song, kids-these-days, korea, lost-continent, patience, rant, sandbox, sci-fi, soe, sony-online-entertainment, star-wars, star-wars-galaxies, swg, swgo, trion, trion-worlds, why-so-impatient-with-archeage, xlgames
All products recommended by Engadget are selected by our editorial team, independent of our parent company. Some of our stories include affiliate links. If you buy something through one of these links, we may earn an affiliate commission.