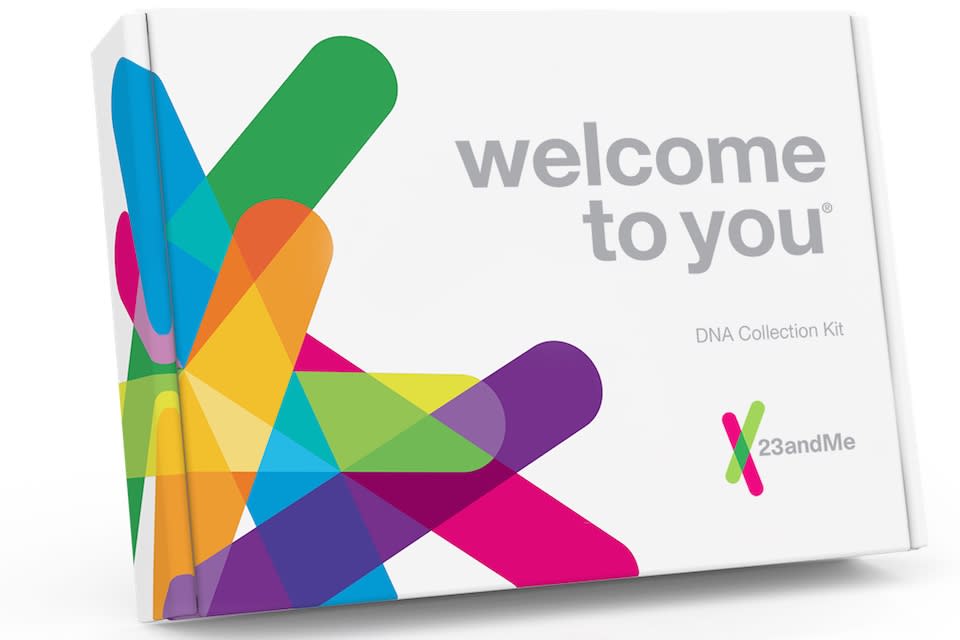 While more and more technology companies are shifting their focus to include health tracking, none go quite as in-depth as 23andMe. The self-branded "personal genetics company" made its name in the US and Canada for mail-order DNA test kits that provide customers with an overview of their genetic ancestry and provide a risk assessments for certain diseases based on genetic data.

That was until its very public spat with the Food and Drug Administration (FDA), which told 23andMe to stop offering disease analysis until it received the medical device classification it needed. The ban is still in place, but 23andMe has continued to offer (with approval) its ancestry-related reports and "uninterpreted raw genetic data" to customers.

It was only a matter of time until the Google-backed company officially expanded beyond North America. With 600,000 people having already used its service, 23andMe has decided Britain is the next best place to open its online doors. While it's effectively on lockdown in the US, it isn't suffering the same fate on this site of the Atlantic. 23andMe's kits are currently pending a review by a Research Ethics Committee, which oversees medical research involving people in the UK. It's also CE marked, meaning it meets legal requirements for sale in the UK and Ireland.

That clears 23andMe to offer its Personal Genome Service, which offers more than 100 reports offering the full range of "health, trait and ancestry information." The company says one of the reasons it chose the UK is because of its pioneering genetics research, but also because it wants to run alongside Genomics England's 100,000 Genome project1. The government-backed project will sequence 100,000 genomes of NHS patients in England by 2018, unravelling three billion letters of their genetic code to help identify, tackle and predict future diseases.

If you live in the US and wondering if you can use today's launch to circumvent the FDA's sales block, you're out of luck. The company tells us that it will only accept orders from a UK IP address, and has also instructed its supply warehouse only to ship its kits to a legitimate UK address. It's not a foolproof system, but getting a banned DNA testing kit through US customs could be fun. If you're interested in viewing your genetic makeup, DNA relatives and finding out about inherited risk factors (, Personal Genome Service kits will set you back £125 (including delivery) and will ship from today.

In this article: 23andme, disease, dna, dna testing, fda, genetics, uk-feature
All products recommended by Engadget are selected by our editorial team, independent of our parent company. Some of our stories include affiliate links. If you buy something through one of these links, we may earn an affiliate commission.