Lumen claims a 'single breath' can help you lose weight

A breath monitor could soon be used to detect the flu 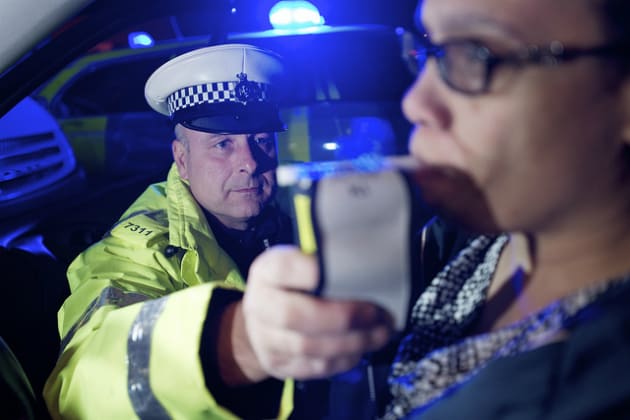 They're cruising the streets for embarrassing tweets. It's no secret that every year, the number of people driving under the influence of alcohol shoots up around Christmas. As part of its yearly crackdown, police in Sussex and Surrey are taking to Twitter to document the alcohol-related arrests they make on the road. Each snippet mentions where and when the motorist was pulled over, but also, more importantly, their name if they're eventually charged. Those who were stopped last year aren't getting off lightly either; officers are reportedly putting up posters to show exactly where motorists were caught over the limit.

The tweets could combat drink-driving in a few different ways. For one, it should illustrate the scale of the problem to anyone following the police accounts, while also making those who are caught come to terms with what they've done after the incident. The idea, of course, is to deter people from driving under the influence, but, if they're caught and publicly shamed, it'll also discourage friends and family members from doing the same. All of this will be happening on Twitter, so the visibility of the officers' messages might be amplified beyond their local area. Staffordshire Police came under fire for a similar campaign, but clearly the forces in Sussex and Surrey believe it's still an appropriate punishment.

Via: BBC
Source: Surrey Police
In this article: breathalyzer, drink driving, Police, Twitter
All products recommended by Engadget are selected by our editorial team, independent of our parent company. Some of our stories include affiliate links. If you buy something through one of these links, we may earn an affiliate commission.