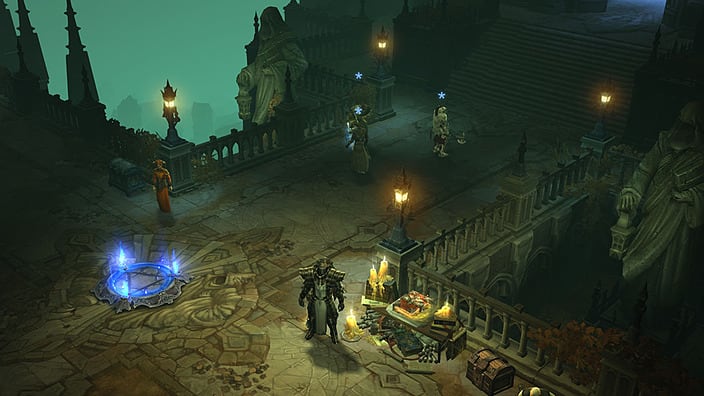 A few weeks ago, Blizzard content designer Kevin Martens admitted that the studio once considered turning the Diablo IP loose on an MMORPG. It's off the table now, but it still got me wistful. I've been strangely attached to the Diablo franchise and its clones for a very long time. Seriously, it's not even possible to pry the Torchlight series or Titan Quest off my harddrive. But Diablo itself just has a compelling, gritty gloom to the world that would make an MMO version a welcome in a genre that's obsessed with bright and happy fantasy worlds.

Massively's Brendan Drain once opined that Path of Exile is the sequel that Diablo II deserved, but is it MMO enough to count here? Would you have played a Diablo MMORPG, and what would you want it to look like?

Every morning, the Massively bloggers probe the minds of their readers with deep, thought-provoking questions about that most serious of topics: massively online gaming. We crave your opinions, so grab your caffeinated beverage of choice and chime in on today's Daily Grind!
In this article: action-rpg, battlenet, blizzard, blizzard-entertainment, brianna-royce-tdg, cash-shop, d3, daily-grind, diablo, diablo-2, diablo-3, diablo-ii, diablo-iii, diablo-mmo, diablo-mmorpg, fantasy, gothic-fantasy, multiplayer, online-multiplayer, opinion, roguelike, rpg, tdg, the-daily-grind
All products recommended by Engadget are selected by our editorial team, independent of our parent company. Some of our stories include affiliate links. If you buy something through one of these links, we may earn an affiliate commission.